The last time I was in Salcombe I met The Levellers. Quite by random, they were playing at the very first Salcombe Festival, which must have been around 1998. This isn’t the kind of event that an indie, somewhat leftie band, would normally be seen. The lead singer, Mark Chadwick, joked that he “loves to hang out with the yachties”. All these years later, The Levellers headline their own Devon festival – Beautiful Days – over in Ottery St Mary. Salcombe, meanwhile, still welcomes the most middle class of tourists. Like James Bond and his entourage.

OK, maybe it wasn’t Daniel Craig in the speedboat. But it might have been. A glance in the window of the estate agent has a two bedroomed apartment fetching £1.25 million. Of course, it has a sea view. As does my parking space.

I’m not going to reveal exactly where this photo was taken from – even though it wouldn’t be hard to find with a map or if you’ve ever been to Salcombe. But it had the rarity of being free. For a late July day around here, that’s quite a feat.

“The trouble with Salcombe is that it’s terribly insular,” says my landlord. “The dinner party circuit in a place like that would be so boring.”

The fact that he even uses phrases like “the dinner party circuit” reveals a lot. But I think he has a point. Much better, in my opinion, would be the village of Modbury.

Cliches such as “picture postcard” or “chocolate box” are difficult to avoid in Devon, since so many places match those words. Modbury beats Salcombe in terms of connectivity to Plymouth and Exeter – both big selling points around here. And, just like Salcombe, it has price tags to match.

One thing Plymouth doesn’t have is its own beach. Well, not in the traditional sense. However, just a short hop along the coast is the delight of Wembury. 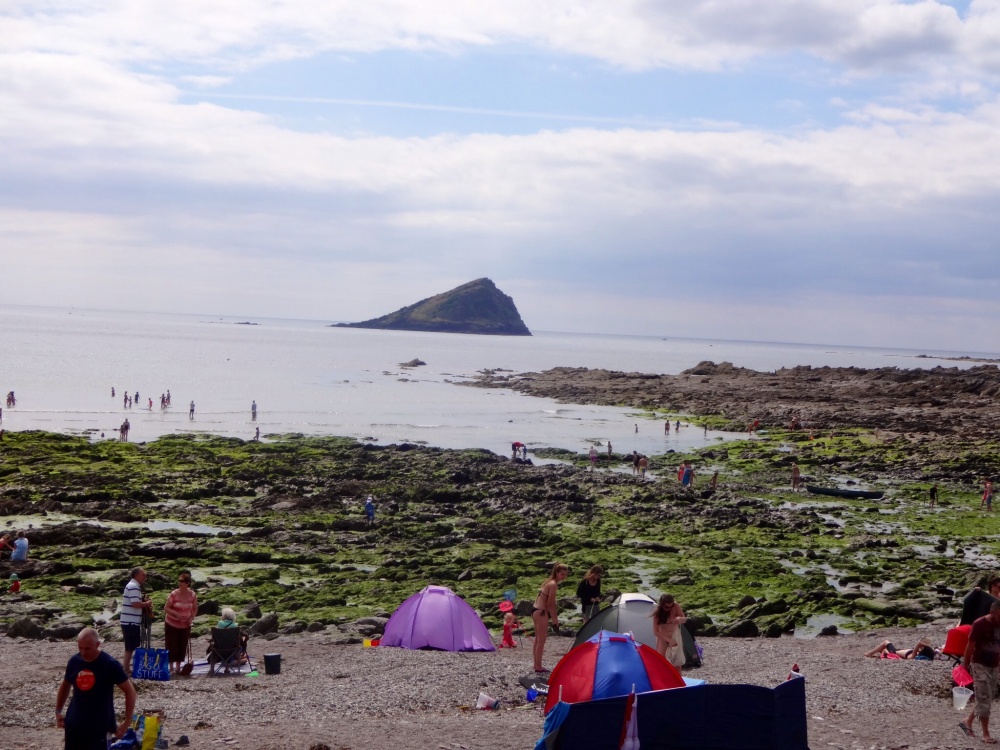 Owned by the National Trust, Wembury has no sand, but thousands of small rock pools, which means millions of memories for children. This is seaside tradition at its best – unspoilt by commercial enterprise, apart from one small beach side cafe which doesn’t take advantage of its monopoly on trade.

And a tip if you come here. Don’t pay the hefty official car park fee of £4.50. I won’t divulge the secret – except to say that it’s a little further up the hill and runs on good old fashioned honesty.

And not a yachtie in sight.