For many newcomers to Devon – myself included – Dartmoor can seem a very inhospitable place. There’s no doubt that its remote, bleak location was a great place to put a prison. But it’s threatening wilderness can be tackled in relatively easy chunks, so long as you start in the right place.

Thankfully, several public bodies have invested in Dartmoor’s natural beauty and its potential for tourism, not least the . Controversial to some, the Authority is largely unelected, and has enormous powers when it comes to planning issues – putting extreme restrictions on development.

But on the plus side, it promotes a range of outdoor activities, publishing plenty of information on neat, manageable walks. The sort that don’t involve too many hills and include pubs and cafes en route. And you get to learn about the area’s history too. 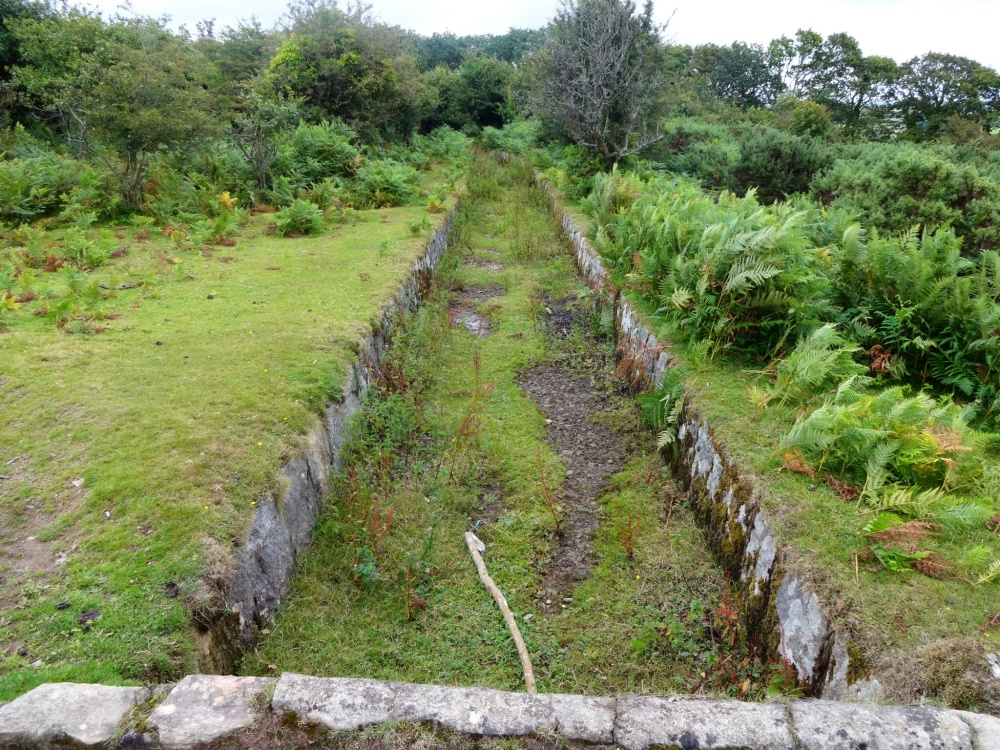 These stone lined channels, or leats were used to transport water from the moor to communities using gravity. It’s an ancient system – and in some ways is still in use today, with reservoirs like Burrator storing natural resources and delivering them down to centres of population.

In recent months, there’s been a big debate about transport across the Moor, too. When the railway line at Dawlish collapsed in the winter storms, some suggested that the old Dartmoor route, climbing up to Okehampton, could be used as an alternative way of connecting Devon. The plans were ruled to expensive. But there was once an alternative form of traction up here.

The lighting along this lane near Yelverton means you can’t quite make out the regular lines of stones in the ground. It turns out that these are sleepers – not for trains, but trams. As well as water, Dartmoor provided a host of natural resources to be used. Peat, clay and stone all needed to be transported to turnpikes and ports. And so it was that sprung up in the nineteenth century.

Today was meant to be the day Devon had to batten down the hatches in the wake of Hurricane Bertha. It’s brought flash flooding back home in Nottingham. But although it’s been very windy on the Moor, the best advice with a weather forecast here is simply “see how it goes.” And the resulting views have been a great reward.