For convenience, my Old Town apartment is fantastic. For a lie in, it’s not. There are no vehicles allowed in its streets, but the early morning noise of metal trolleys clattering across cobblestones, taking deliveries to the local restaurants and shops, is enough to compete with that of any rush hour in London. Combined with steep, narrow set walls – and single glazing in historic buildings – it all makes for an early start.

And the guidebook recommends an early start to avoid the crowds at the City Walls, literally one of the highlights of Dubrovnik. Unfortunately, everyone else appears to have had the same idea, and it’s a long wait to firstly queue for a ticket, and then to get on the ramparts themselves.

It’s a painfully slow business. Some people attempting the climb really shouldn’t be here at all. For a couple of people, I fear it might be the last thing they do before keeling over. But once you’ve reached the top, you’re rewarded with magnificent views of forts, rooftops and the busy Old Town below. 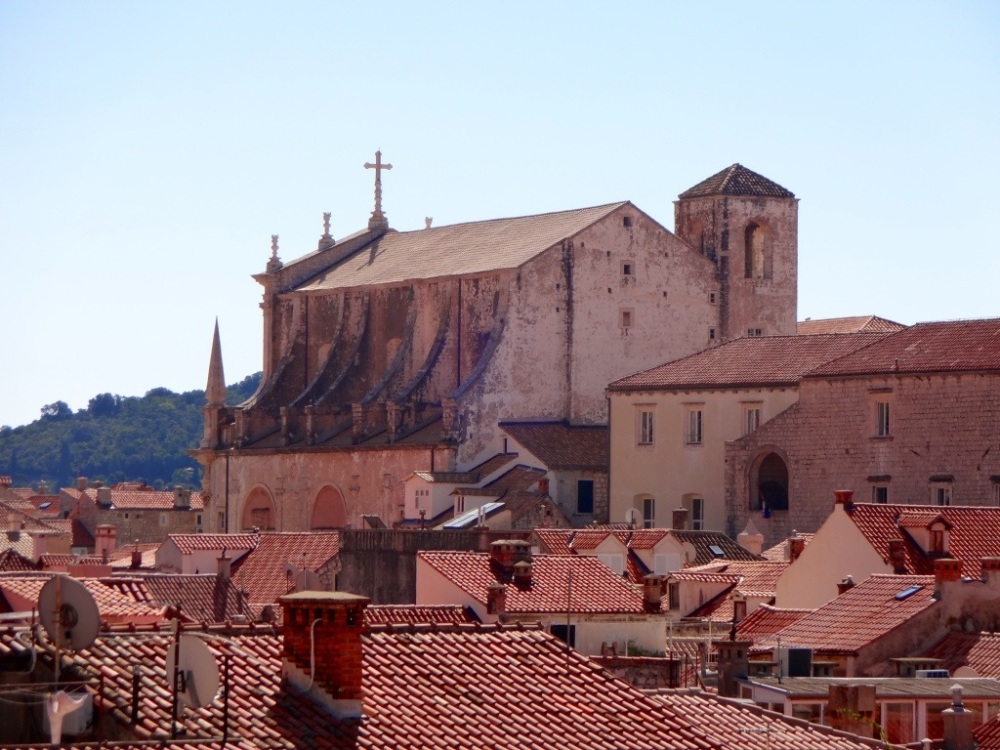 You’re also rewarded with an optional game show, which I’m calling Which Country Has The Rudest Tourists. Anyone who knows me will vouch for the fact that patience isn’t my best characteristic. But here, on the often narrow walls it’s a close run thing between the Germans and the Japanese. The German guide, with a trail of around 15 people in his party, seems to appear everywhere. Even when I manage to shove through the party and get ahead, his droning voice isn’t far behind. He’s done this commentary a hundred times before, and boy does it show.

Then, surprisingly, a small party of Japanese tourists refuse to adhere to the basic rules of queuing for narrow staircases leading to various viewpoints. One woman barks at her friends as she launches herself down a staircase where a dozen people are already trying to get up. Then at the bottom, she steadfastly blocks the way for everyone else as she continues to shout at the others.

In the afternoon, a walk for a mile and a half or so the the main port of Gruz. Unlike the Old Town port – which consists of day cruisers and small ferries, the boats here just get progressively bigger. 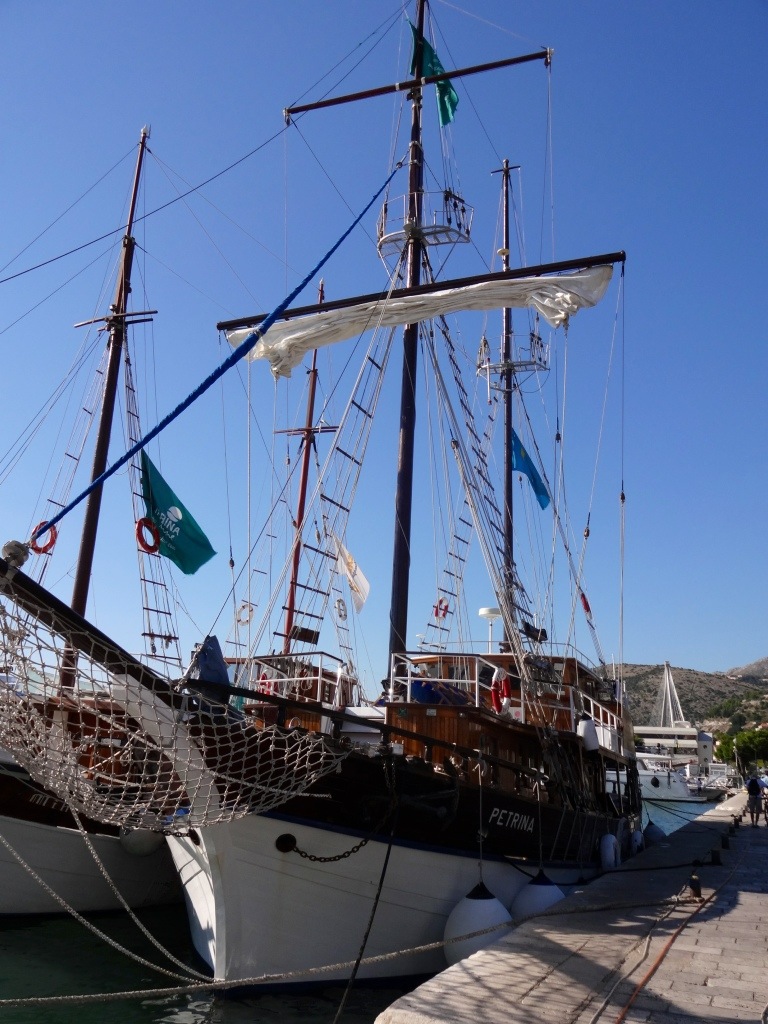 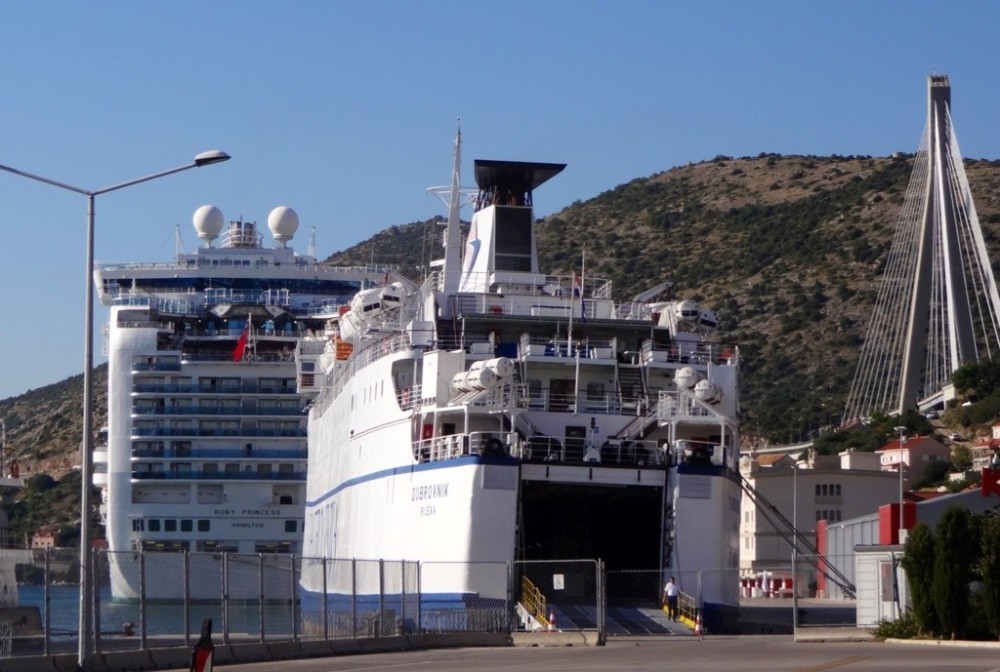 For many westerners, cruises are what made Dubrovink accessible and famous. Friends rave about them, but personally I can’t imagine spending more than a day on board one of these floating palaces. I can see the attraction of waking up somewhere different each morning, but it still doesn’t appeal.

That said, I do have fairly good sea legs. And tomorrow, it’s all about the boat trip.