There probably aren’t that many blues singers in Madrid who really ought to be in New Orleans or Memphis. And, on first imprssions, I didn’t put Kiko into that category. But that’s before he started singing, along with Felix Holt and the Rebels in La Coquette.

Just a stone’s throw from the Opera, this is one of the best little music clubs in Madrid. And I say that having been here for less than 24 hours. There’s no silly door policy, no cover charge, the beer is dispensed at a wholly reasonable price – and the music is first class. 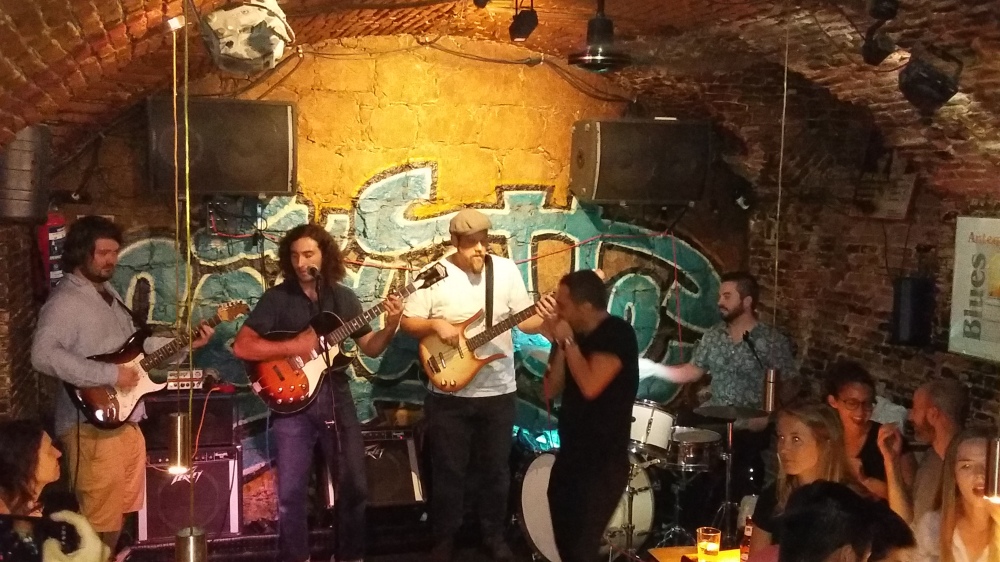 It turns out that three quarters of the band are from London.Kiko, on the drums, played a couple of gigs there with Felix and returned the favour by setting up some gigs in his home town. The guy in black is Fernando, who plays a mean harmonica. But it’s Kiko who steals the show with his amazing soul vocals, hitting unreasonably high notes without – as far as I can tell – the aid of tight trousers.

The crowd are equally diverse. A couple from Denmark are in the cornr. Over on the right are a bunch of students from America – including Brandon, who studies at Tulane University  in New Orleans. He agrees that this band are as good as anything you’d see on Frenchman Street. And if you know what that means you can have a blessed day and eat a Po’boy.

And that’s the thing about Madrid. Even after a long day travelling, and with as much knowledge of the city as any newcomer with a guidebook, it’s an immediately amazing and surprising city. Sure, the Grande Via looks like any other major shopping street in the world – a bit like Oxford Street. But equally, every side street tells its own story. 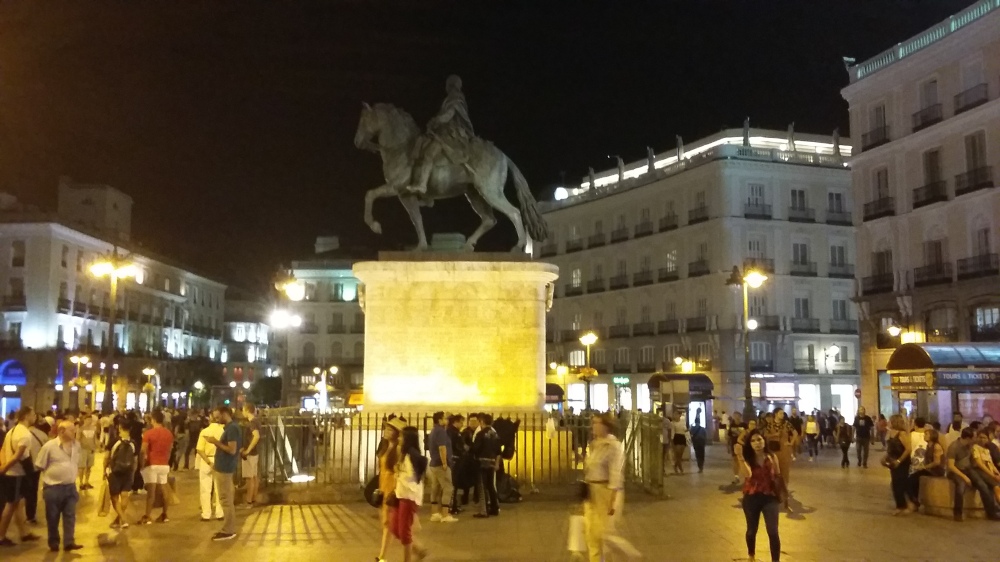 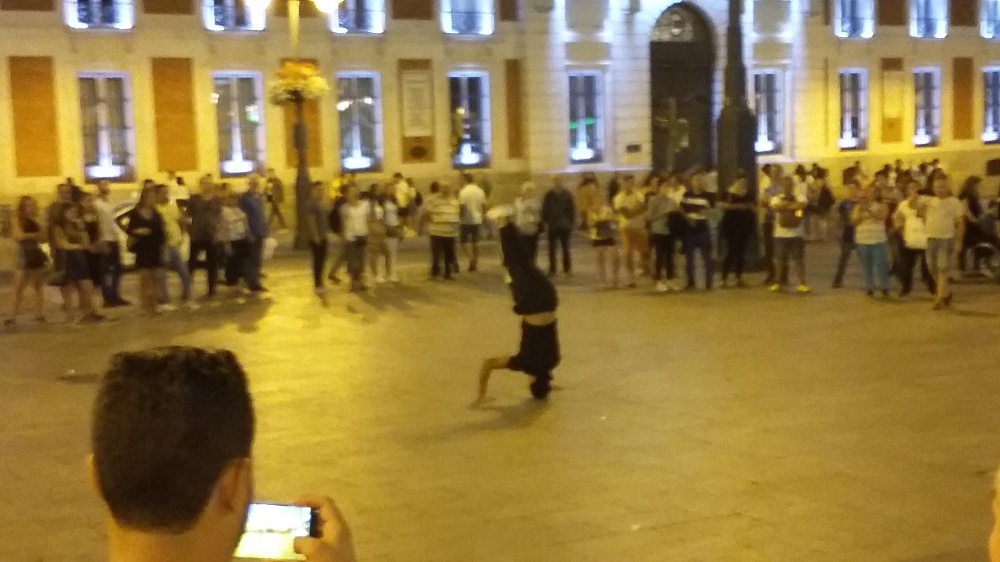 The Plaza Del Sol is the geographical heart of Madrid. And even at eleven o clock at night, it’s bussing with visitors gathering around the statue, or politely acknowledging the street artists – be they musicians, acrobats or hustlers selling knock off merchandise.

The thing you also notice is that the night doesn’t really get going until well after 10pm. The Fontana de Oro, for example, is open until 5am, though on my visit the most authentic Irish band you ever did see were packing up at 10 – to make an for the football on TV. It seemed a strange changeover time for a bar- to have the music on before the sport, but hey – when in Madrid… 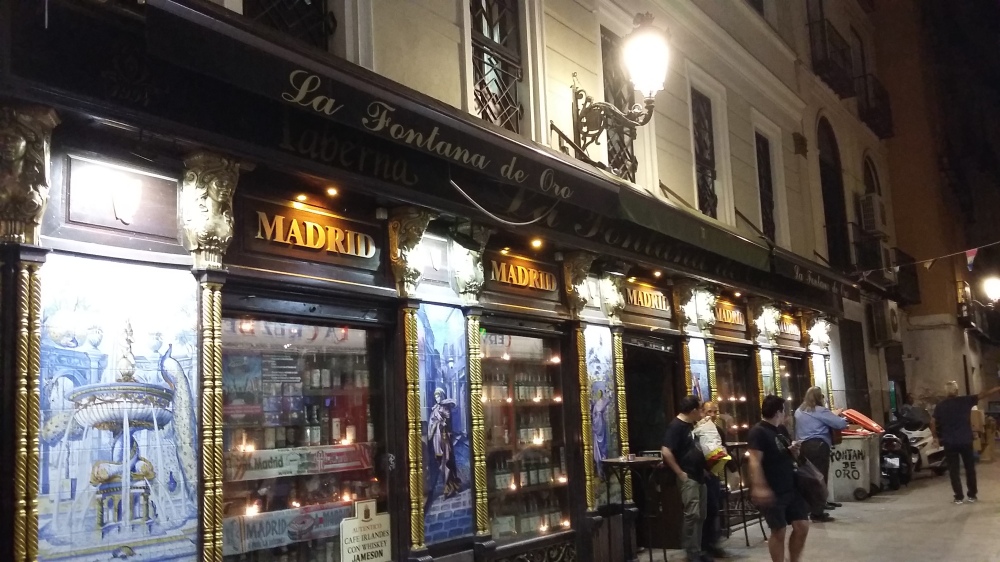 Across the road, a flamenco guitarist is wooing the customers at an authentic tapas bar – seemingly dedicated to Malta. Again, there’s absolutely no logic to tis, but it seems to work. 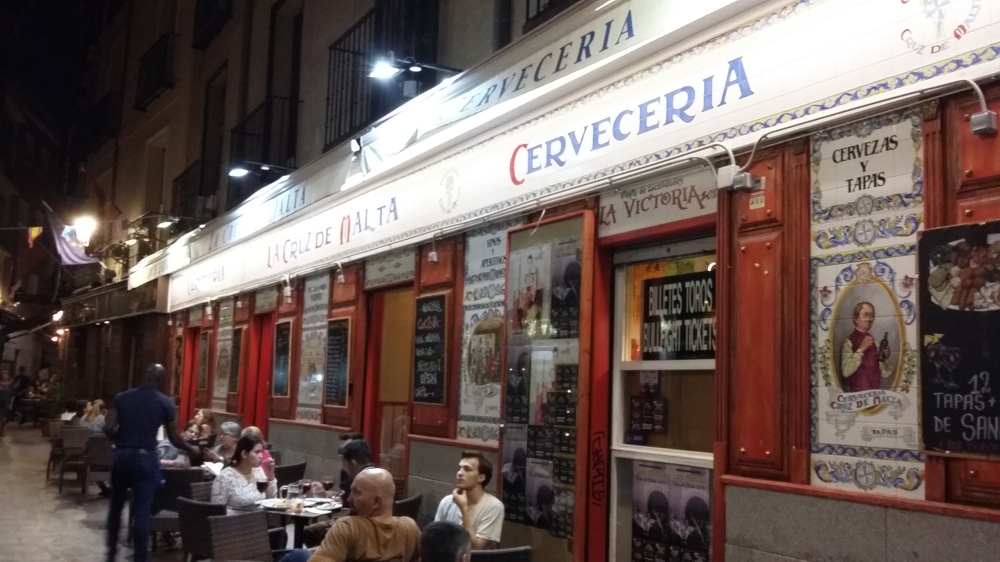 The night is still relatively young when I finally return to the hotel. Though having to open your own massiviron gate can be a challenge in the dark. Fortunately,  the one’s an old fashioned key rather than some secret service code. A passing woman peers curiously as I take the picture, clearly marking me as an intruder, I simply smile – maybe a bit drunkenly – and declare “mi Casa!” 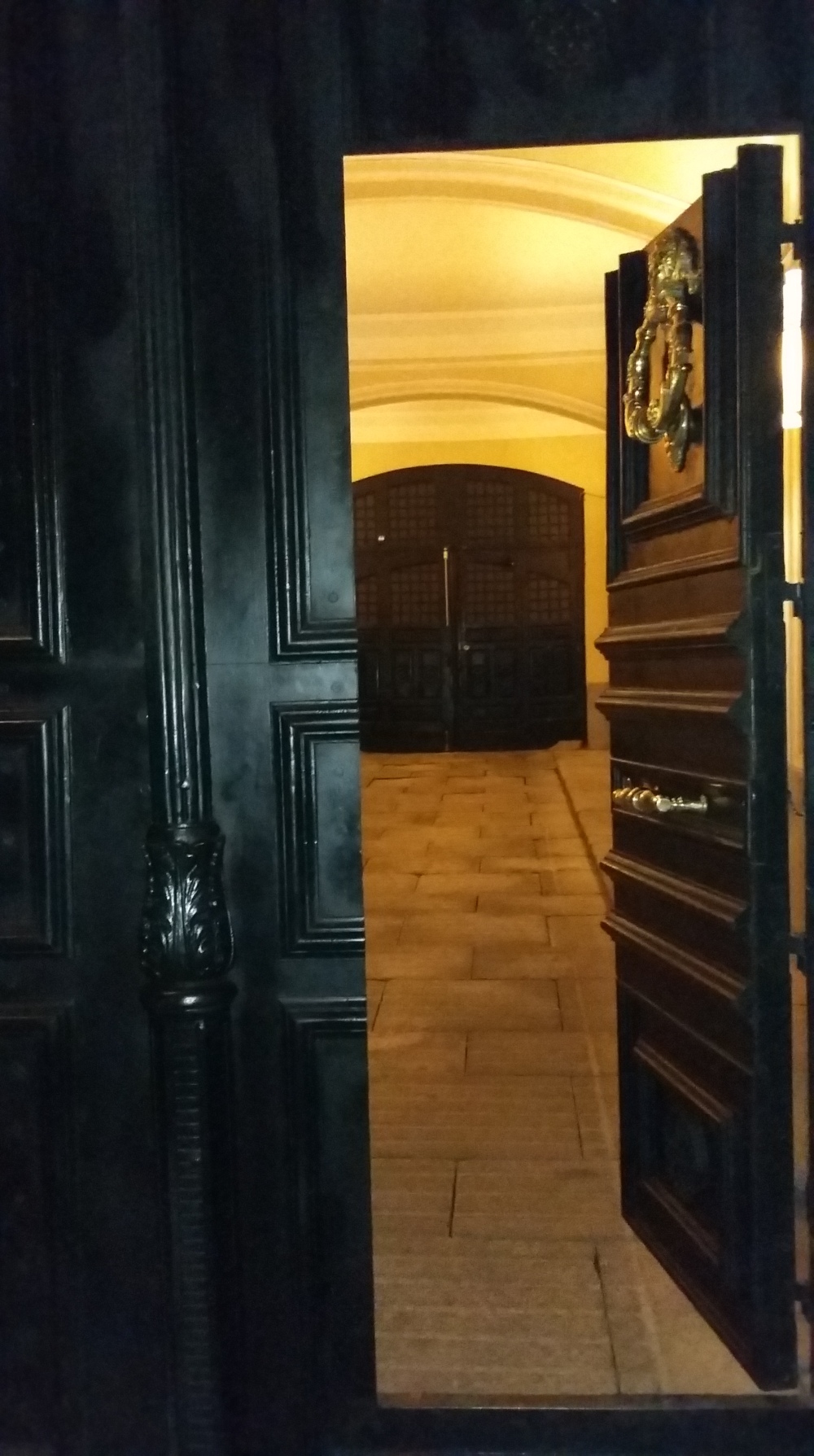