I don’t mind admitting it- I enjoy a little luxury on holiday. But when booking online you can’t always get the full picture of what your accommodation is going to look like in reality. Four star, central Madrid was my search – and it threw up all manner of corporate names, chains and prices so steep you’d think they’d been some kind of inflationary run on the Euro.

So when I found the Hotel Escala Opera, I was a bit apprehensive. The location was great – there was no doubt about that. But the price seemed a bit too reasonable. As I emerged from the Opera metro station after a rush hour commute from the airport, there was no sign of the place – even though Google maps told me I was right at the door.

Through a private entrance with far too many doorbells for my liking, a man pointed to the second floor, accessed by an ancient lift. Behind the kind of door that looked like a set from a Grimm Fairy Tale was Ricardo; the most pleasant, calm and helpful hotel receptionist I’ve ever encountered. And then he showed me my room. 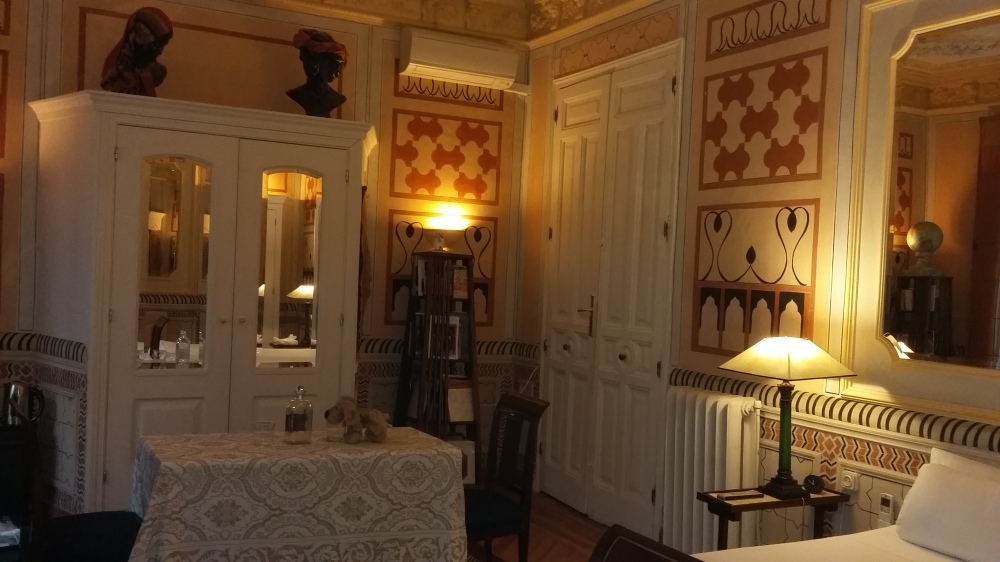 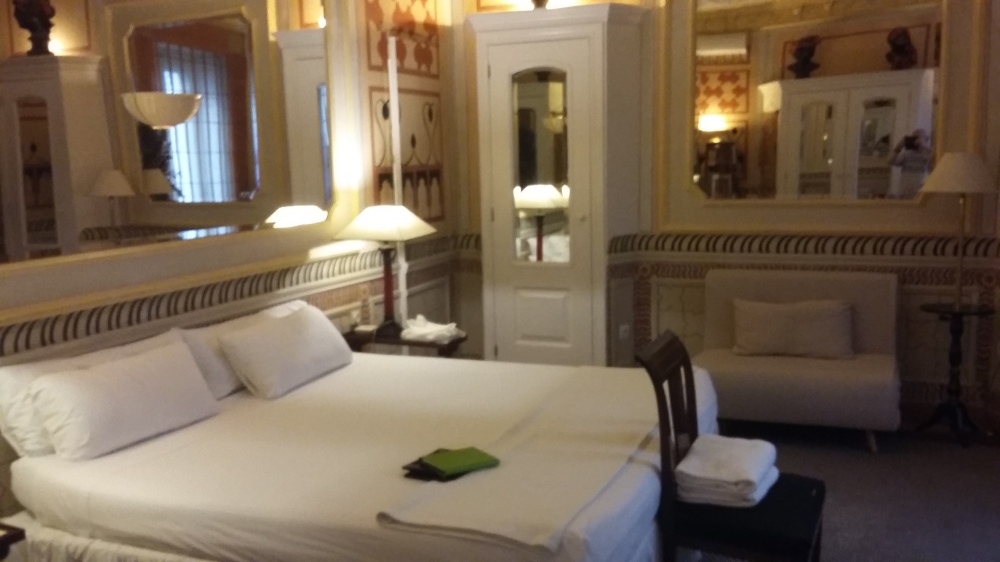 Ricardo casually described it as a “Junior Suite”, which made me thankful I hadn’t ordered anything more pricey. “This building has been here for 259 years,” he explained. And apart from the addition of electricity and a modest TV, it looked as though barely anything had changed. Fortunately the bed wasn’t made of a straw mattress – modern linens mixed gracefully with the antique furniture.

Unlike anywhere else I’ve stayed, getting back in at night potentially involved a round of the Krypton Factor. One code for the lower door, a key for the gate, a second code for the second floor and finally another key to enter my room. Ricardo suggested I take a photo of the information posted on the side table, just to remind me.

That said, staying in for the evening seemed entirely plausible, thanks to the serene views from the two balconies.

In the recent words of George Ezra, I could get used to this…