You wouldn’t normally think of comparing Chicao with Nottingham but today I’ve seen two similarities in the stunning setting of The Loop. The area is the business heartland of the city, characterised by the elevated (El) trains which circle above the streets. At ground level, there’s a sharp division between the skyscrapers and the vast area of parkland next to Lake Michigan. And in Millennium Park, the first import from Nottingham. Well, kind of.

This is the Cloud Gate, designed by Anish Kapoor. And reflecting from the pavement to the heavens, it’s strikingly similar to the Sky Mirror at Nottingham Playhouse. Only bigger.

Just along South Michigan Drive is the sprawling Art Institute of Chicago. From the front, and with a bit of immigration, it might by the Council House in Nottingham’s Old Market Square. Not least because ita entrance is fiercely guarded by two of these. 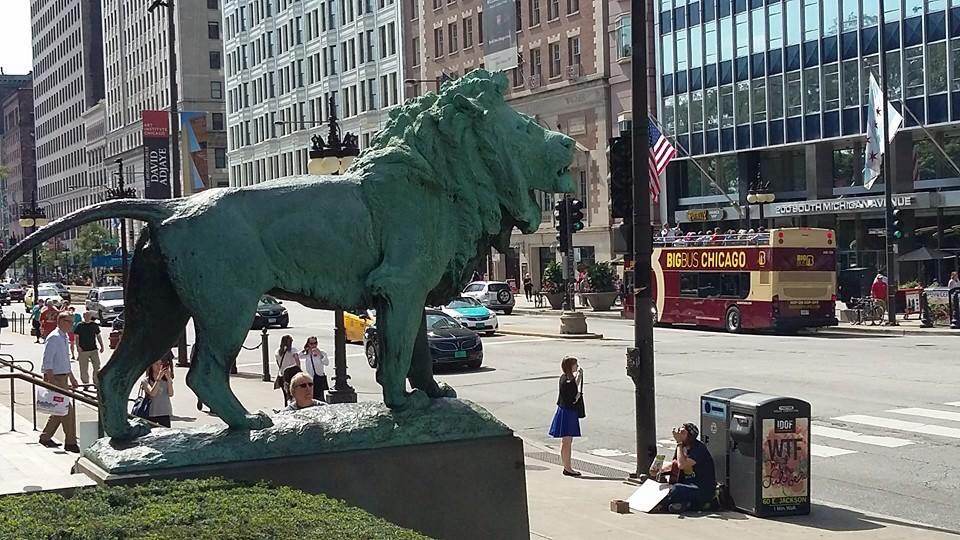 (I mean lions, not beggars)

Well, art never has been my thing really, and unlike some cities, there’s no concept of free entry here. However, radio is very much my thing, and tucked away by one of the bridges over the river is the Museum of Broadcast Communications. Over two floors, there’s a collection of radio and TV memorabilia, along with artefacts from down the years. It’s also home to America’s Radio Hall of Fame.

One thing that’s big on TV here are sports. With a plural. I head up to Wrigley Field, the home of the local rounders team.(I think that’s what it’s called). But instead of the Cubs, I find the Bears.

It turns out that AC/DC are in town tonight, and among the large bearded figures hanging around the merchandise stall (and that’s just the women), a huge noise emerges from inside as someone starts the sound check. You wouldn’t need tickets to hear this gig.

I prefer smaller venues, and one of the recommendations from last night at Butch Maguire’s is this place on North Clark Street. 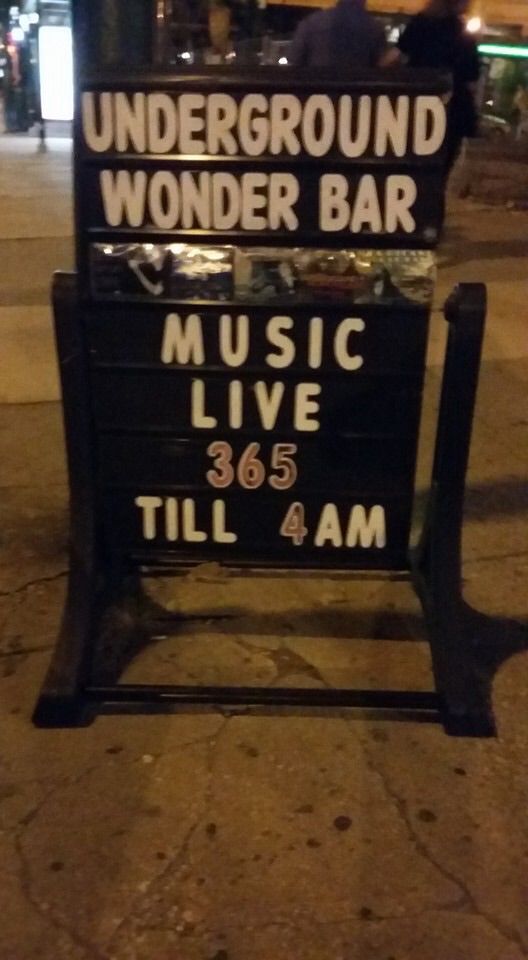 The bar is neither underground or, at first, much of a wonderful venue. The owner Lonie Walker does her best to entertain the almost non existent clientele with soft jazz and easy listening on the piano. However, at 11pm, the place is suddenly transformed. 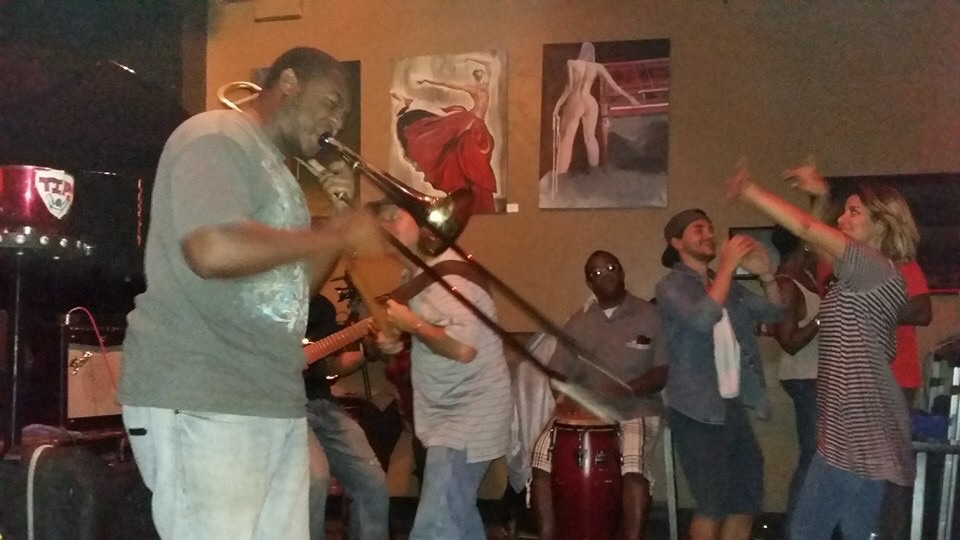 Up until this point, Maurice has been tending the bar. Now, he joins a bunch of jammers for some serious live music. It’s mostly the blues, giving the Wonderbar more of a New Orleans feel. And just like New Orleans, these guys are playing for tips. It’s worth a generous donation just for the floor show. 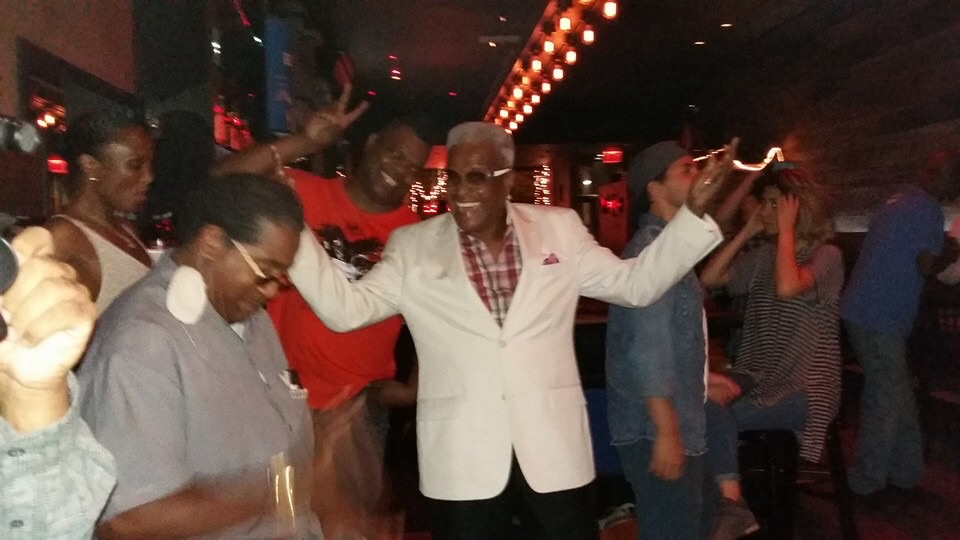