In rural areas, I’m often impressed by the topiary lining some of the roads. Up until now, I’d always assumed it was the careful work of the local council’s highways department, diligently trimming every tree and hedge in uniform fashion.

But it’s more likely to be the work of a double decker bus, swiping through the canopy whilst trying to avoid idiots coming the other way.

I’ve not always had the best relationship with bus drivers, but today – taking the 93 from Dartmouth to Plymouth – every passenger on the upper deck is awestruck by the manoeuvring of the driver, pulling in so close to houses that you can touch the bathroom window, and allowing traffic coming in the opposite direction to squeeze through. For those of us not behind the wheel, the views around Blackpool Sands are stunning. 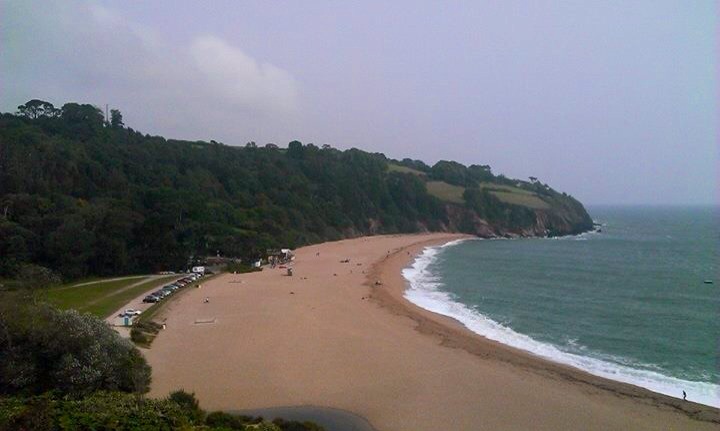 Unlike its Lancashire counterpart, this Blackpool is about as far away from the bawdiness of the British seaside as you can get. Last night I stayed in Paignton, which was a slightly different story.

Of the three towns that make up the English Riviera, Paignton does its best to uphold the traditions of trash, be it amusement arcades, fudge shops or not one but two Wetherspoons pubs. Both child friendly, of course.

I was meeting a friend who’d come down for an Agatha Christie tour. Having seen the worst that Wetherspoons could offer, we decided that the best old fashioned boozers were probably going to be on the back streets. The first seemed even more child friendly, since three of the six customers were under 10. We decided to leave bawdiness behind and head for Brixham.

Ok, The Golden Hind replica may still be tacky, but at least it gives a nod to Brixham’s history. As does the Crown and Anchor on the harbourside. Or it might, if it weren’t for the “free jukebox” facility on a Saturday night.

A group of middle aged blokes have decided it should be non-stop Elvis night, and programmed in all of his hits. The highlight is their singalong rendition of The Wonder of You – with six drunk men joining in, but one line behind the actual tune. It was like The Two Ronnies’ version of mastermind. 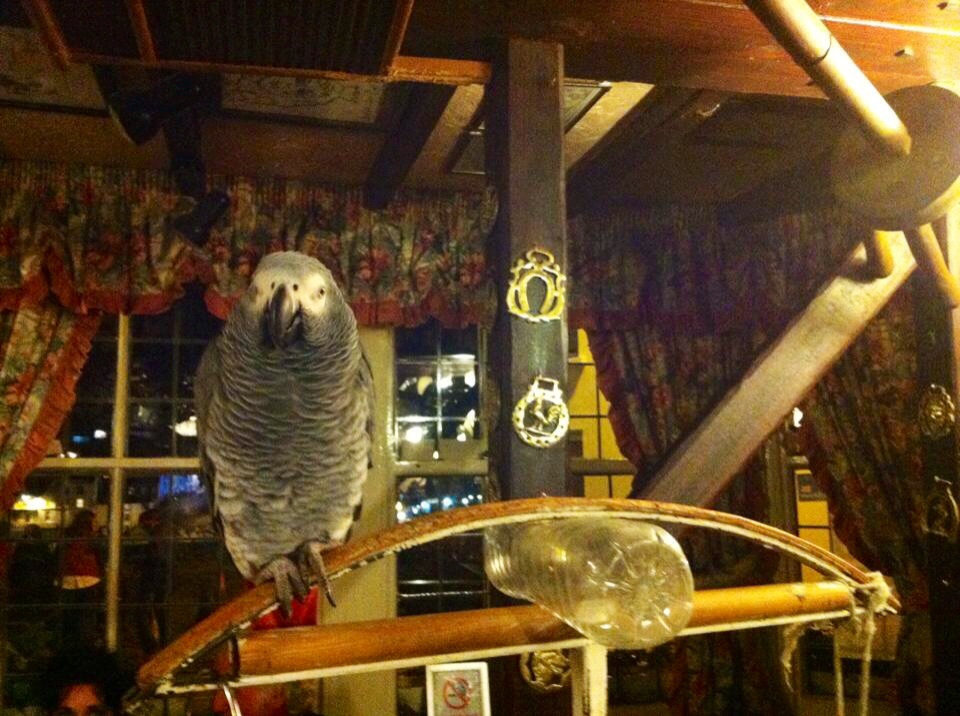 I said… oh never mind. Our new companion is sitting in the middle of the Maritime Inn on the other side of the harbour. He doesn’t say much, but is clearly the centre of attention among the customers. He’s not the only character here : the landlady, Pat, is a Scouser who insists on imposing a dodgy Merseybeat compilation CD on the rest of us. The pub ceiling is a curious collection of collections. Tankards, potties and key rings.

I daren’t ask if there’s a lock in.

And so back to Paignton, which despite its clichéd seaside image has one big attraction. A fantastic route out.

The steam train takes you to Dartmouth, with some staggering views over Goodrington Sands and the Dart Estuary. On arrival, it’s like being thrown back to a simpler time. Dartmouth drips of money. Lots of it.

And not a Wetherspoons in sight.