It’s sufficiently gloomy outside, but at least it’s not raining. However, Belfast also offers several free indoor sights, and none quite so quirky and beautiful as the Linen Hall Library. 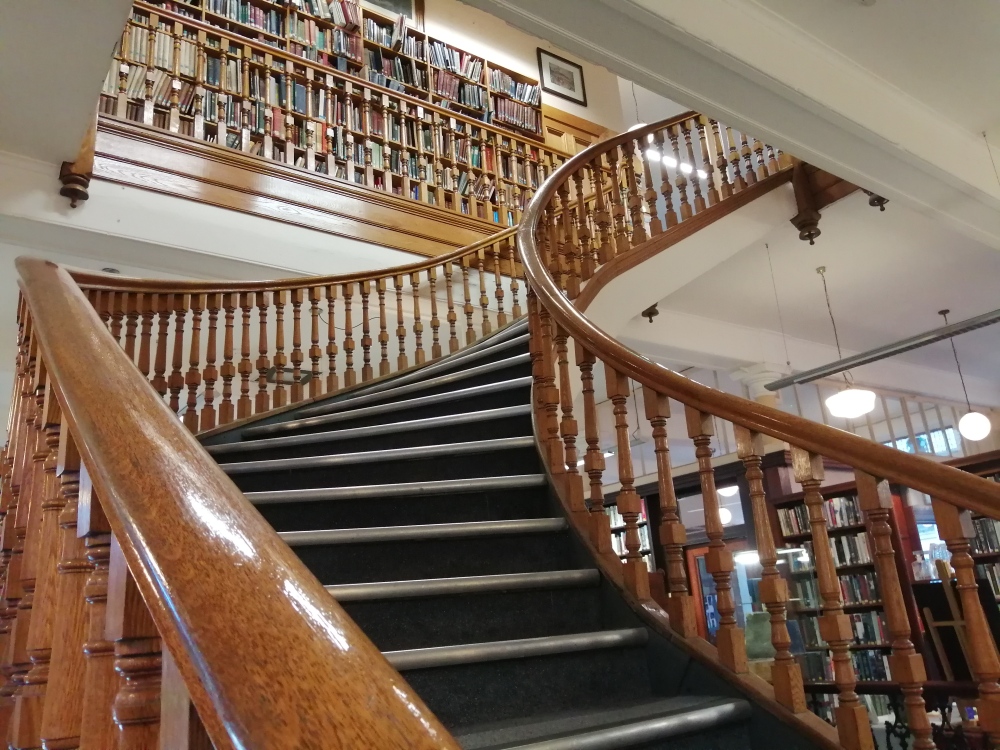 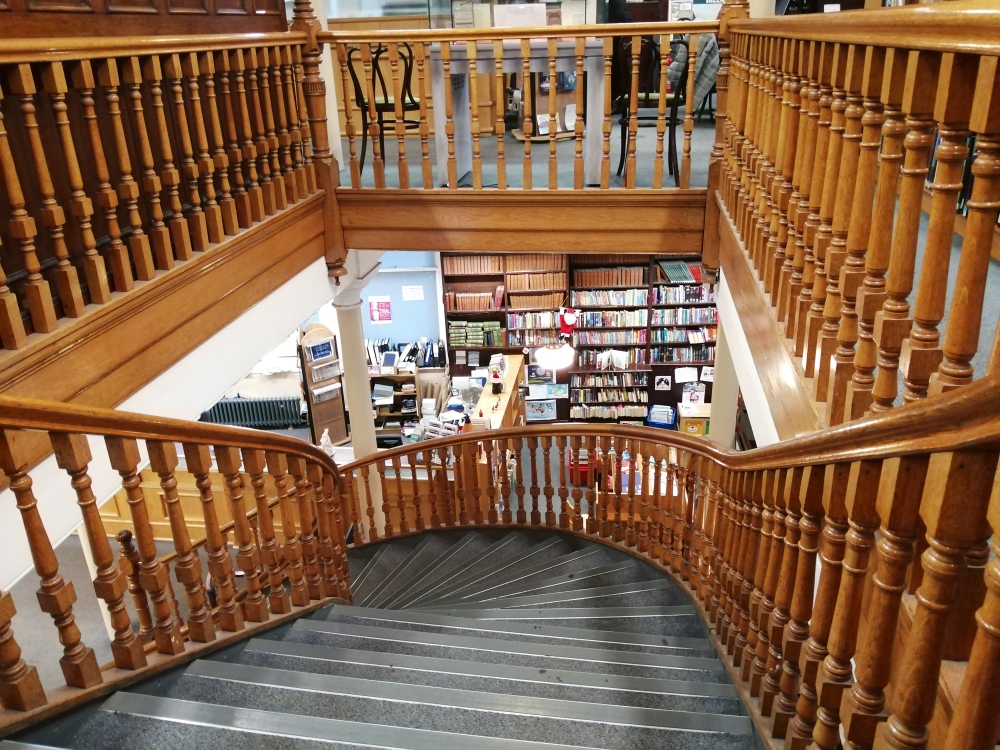 The original building – now Belfast city hall – was founded in 1788 by a group of local people, described in the guide as “worthy plebians who would do honour to any town. Its present home dates back to the 1800s, and still provides a relatively low cost service to its members. From the outside, tucked into a corner of Donegall Square, you might easily miss this treasure. And unlike some historical buildings, the staff are happy to allow photos.

You’ll notice two “Ls” in the spelling of that address, Donegall Saquare, and it’s not an error – at least not my error. I did wonder when I first spotted in on the street maps, but according to this correspondent in the Irish Times, the spelling came about because of a clerical error by the Belfast’s founder, Arthur Chichester.

Controversial, perhaps, but that’s what happens around here. Take my afternoon snack, for instance.

To the casual observer, this may look like an innocent packet of Tayto crisps. But to those in the know, there’s a big difference between these and “southern Tayto”, as chronicled during my recent visit to Dingle. Indeed, as the Irish Times explains, there’s a long history of the two brands and their rivalry. Just for the record, and to prove I don’t take sides, here’s the counterpart to this pack which I found in Cork. 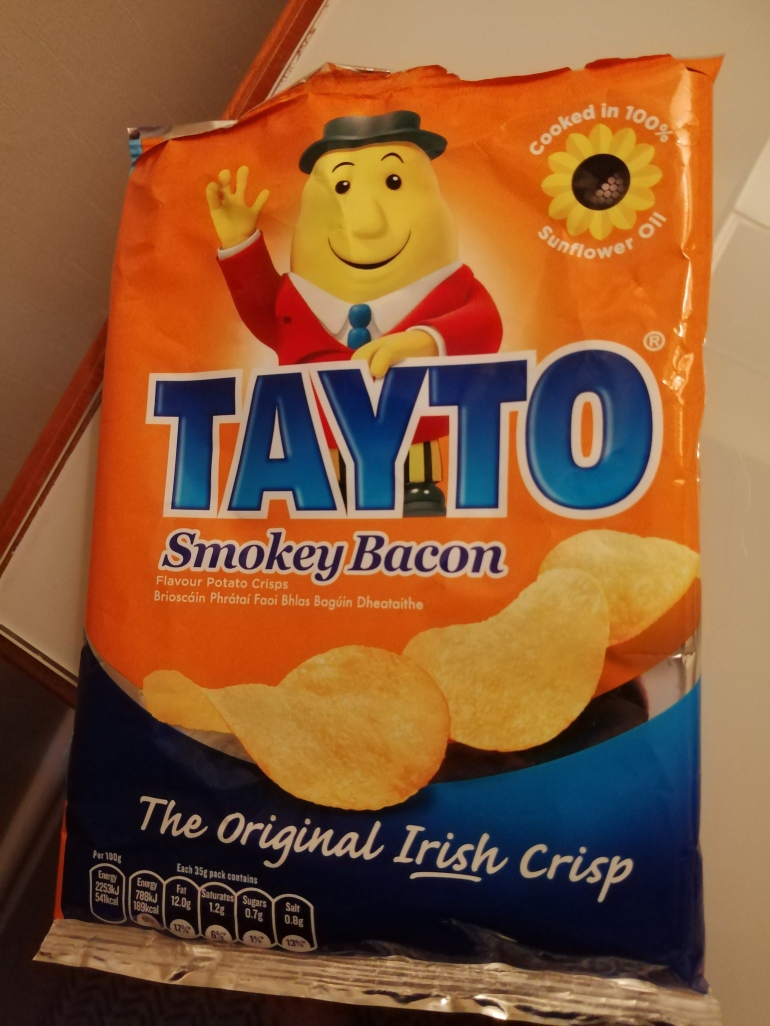 As you can see Mr Tayto clearly has a different hat. And the description – beneath the differently-spelt Smokey Bacon – is also bilingual, something you won’t find in Belfast.

But enough of politics.

The area around City Hall has plenty of places to eat and drink – more of which later. I’m pleased to see this little bit of detail on a coffee shop, complete with planters paying homage to the giant cranes of the Harland and Wolff shipyard. 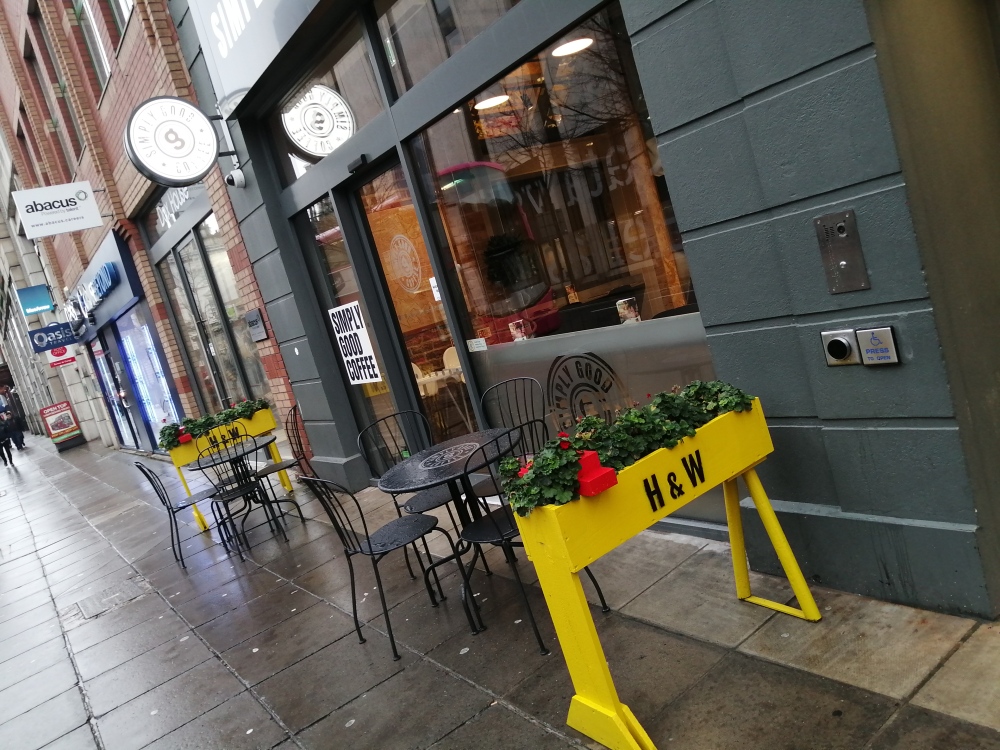 In 1909, the keel of H&W’s most infamous ship was laid. The busy Titanic Museum tells the full story, and in the heart of the city a memorial garden takes a simpler, poignant approach – with a few statues and a plinth listing all of those on board; the first time this has been done in one place. 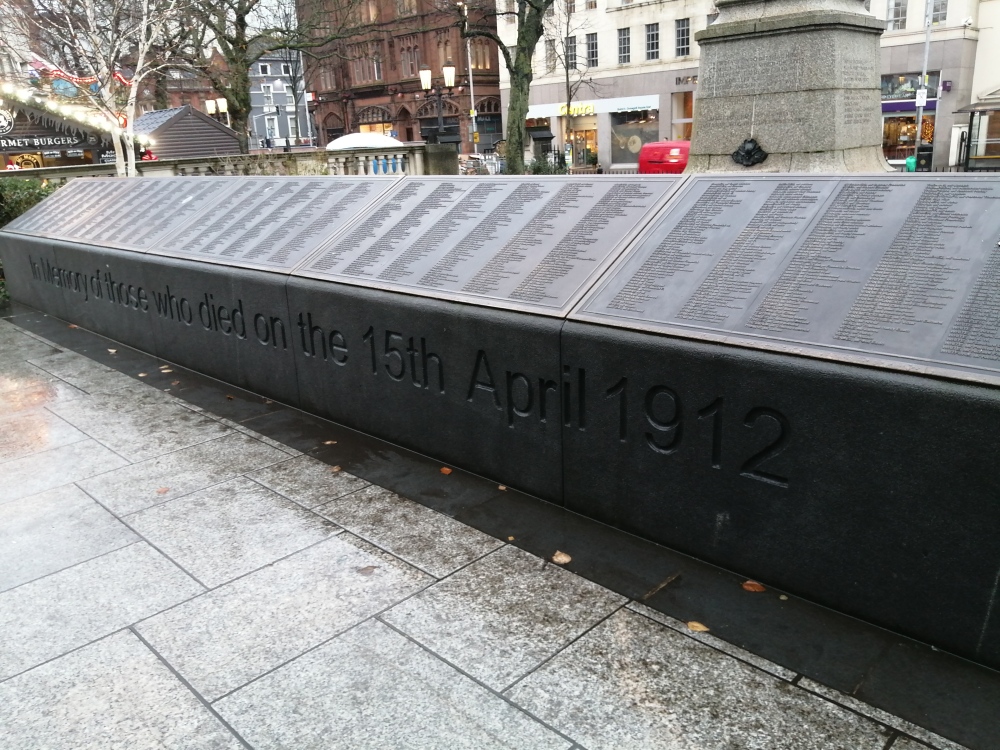 Eateries abound across the city, and hidden away on a back street – currently surrounded by construction sites – is a Belfast institution, at least according to its own website. I first found John Longs during a conference of journalists in 2008. On my last visit in 2017 I failed to find it and assumed it has been demolished to make way for the new hotels and office blocks close to the Opera House. It turns out I’d missed it by just one street.

I’m delighted to have found it again. Yes, the setting may look a little austere. The barriers on the windows may look uninviting. However, the haddock and chips is possibly the best you’ll taste anywhere in Northern Ireland.

A bold claim perhaps, but according to John Longs website, even Take That agree. (I found no independent proof of this.)