It’s a heck of a drive, but Dingle is well worth it. Despite it’s remoteness, coaches line the car park by the harbour, and languages of all nations can be heard from the visitors. A crowd of teenagers pose for photographs next to the statue of the town’s most famous resident, Funghi the Dolphin.

Yes, you heard correctly. On most days you can take a boat trip in the hope of seeing Funghi, but like most othe outdoor activities this week, they’ve been cancelled because of the still appalling weather.

Also on the harbour, a group o fishermen in oilskins survey their catch. From where I’m standing it doesn’t look to be much. But whatever’s in the three small boxes will be sold. Fishing is still an important part of the economy here, even on the gloomiest of days. 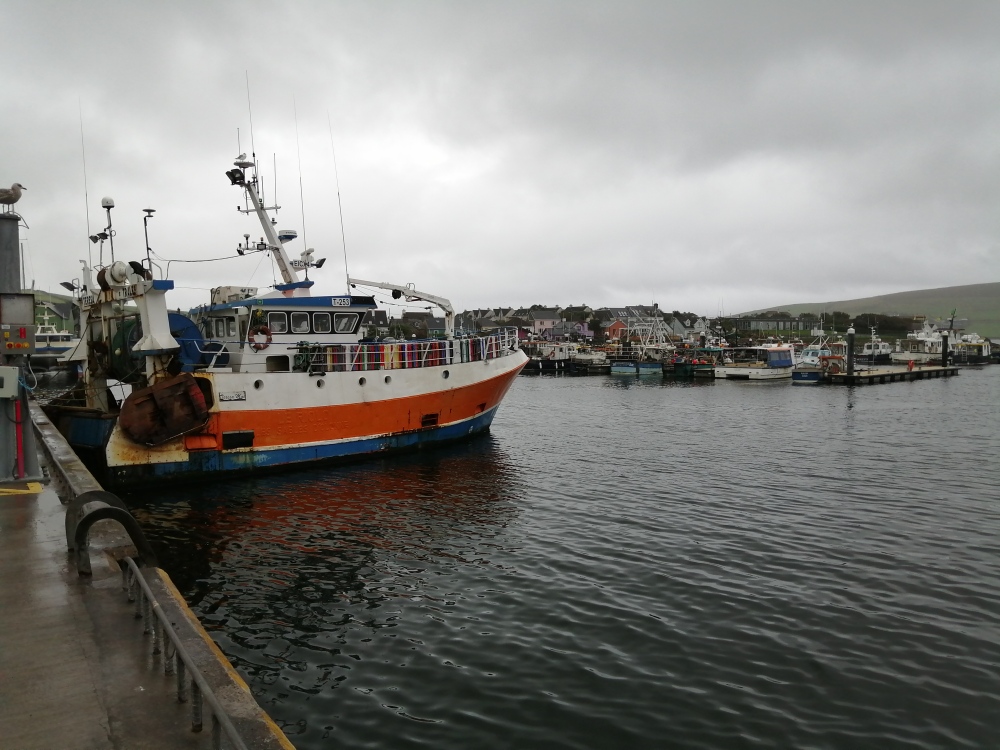 Despite the leaden skies, the streets of Dingle look bright and welcoming. Many of the buildings are brightly painted, and many are pubs – each competing for the tourist trade, which is still thriving at this time of year. 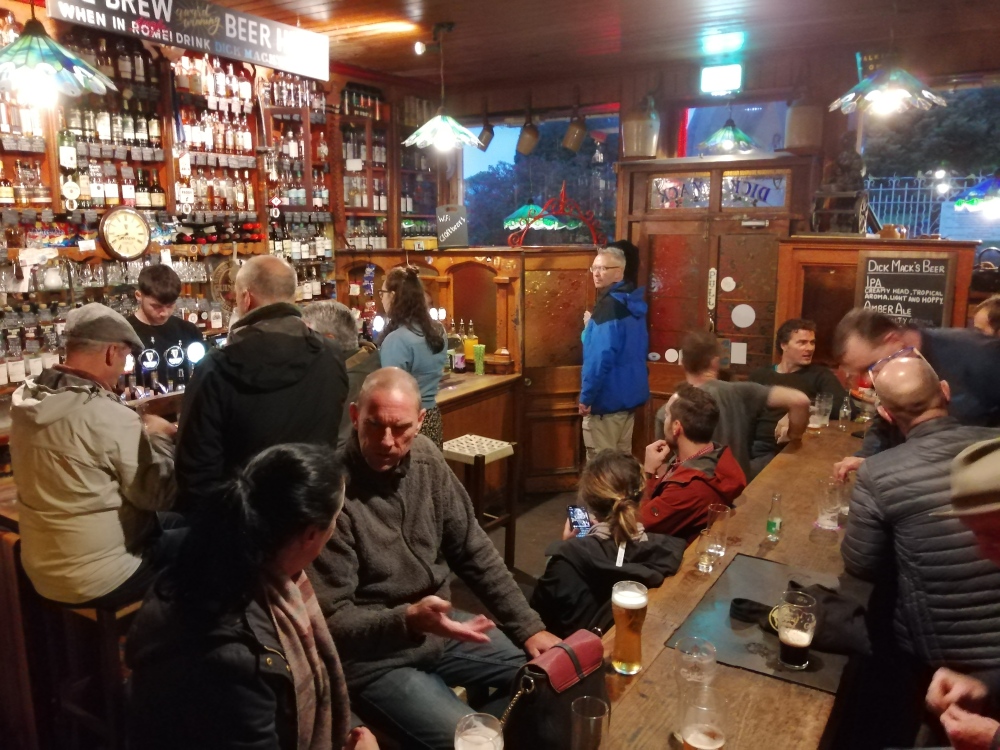 Perhaps the most famous of hostelries is Dick Mack’s, and despite being an obvious draw for visitors, it’s also popular with the locals.

“I’ll take four more packs, so,” says Linda, gesturing to the stock of Tayto crisps on the shelf. My reference to the cultural importance of this brand earlier was meant to be tongue in cheek. But here’s the thing – they’re genuinely a talking point – with Linda’s friend offering them to a couple of American tourists.

“Sure they’re known around the world,” says Linda’s sister Catherine. “I traded 12 bags of Tayto for some drugs in Cambodia. The lad would rather have these than 400 US Dollars.” Linda’s hunger has been satisfied, thanks to a bag of Cheese and Onion on a roll from the local bakery. And soon, everyone is offered some of its goods. 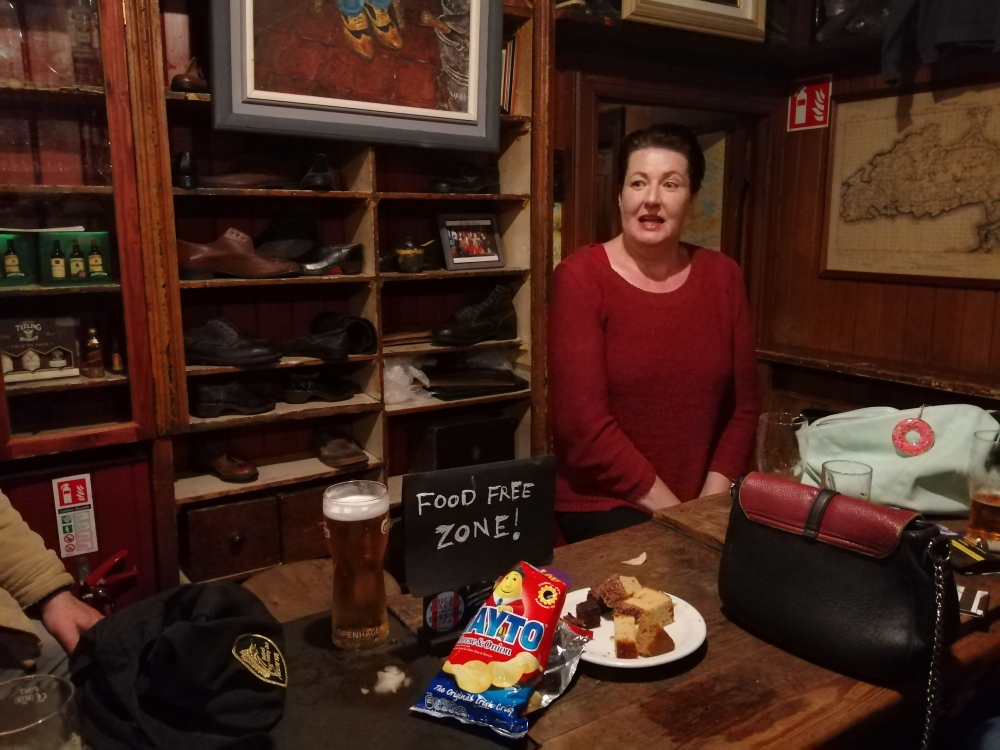 The conversation moves on to tropical diseases (Linda’s sister had a terrible experience in Cambodia), so its time for me to move on in search of some music. And where better to do so than in a hardware store. 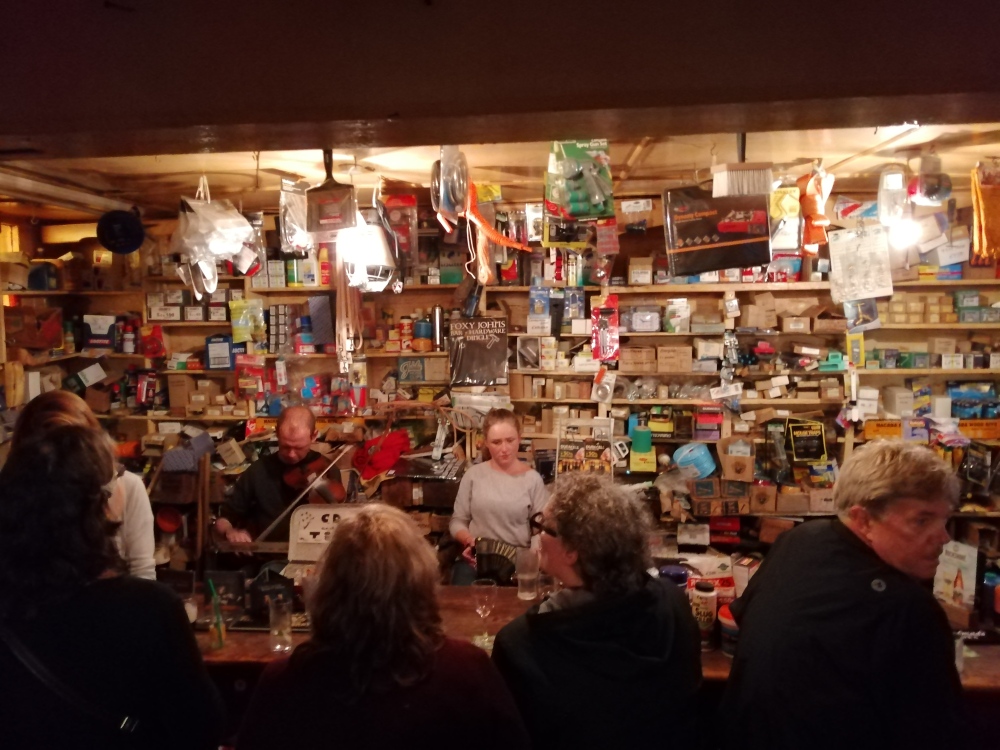 This is Foxy John’s, where along with a pint of Guinness you can also pick up a tin of paint. Seriously. Some of the good behind the counter are ancient artefacts just for show – but most can be bought, which is why only the musicians are allowed behind the counter.

Like Dick Mack’s, Foxy Johns main attraction is its front bar. But the pub itself extends into several back rooms and a smoking area. Dick Mack’s even has its own brewery, making four beers of varying strengths. The craft beer market has expanded hugely in recent years, and local provenance is a big selling point. It’s another way that this rural community is adapting to the times.

At Nelligan’s, a more traditional setting and more traditional music. This time we have no fewer than three accordions – making a wonderful sound when played together. And again, the accents are on show – with visitors from as far away as Canada and Australia.

There’s no question that Dingle packs a punch well above its weight. Similar communities would struggle to bring in the kinds of crowds to such a remote place. But it’s obvious from my few hours here that it’s popularity is sold on reputation – and exceptional hospitality.

I may well be back.