Built on seven hills, each area of Lisbon has its own character, and its own reason for a visit. Perhaps none more so than the district of Belem – more of a town in its own right – and a magnet for millions of tourists. Most of them appear to be on the number 15 tram on a hot and sticky Saturday morning. Thankfully, I planned ahead so boarded at the first stop – by the third its was hardly standing room.

Belem is already bustling, and it takes a wearily long hour to stand in the queue to gain access to the sixteenth century Towr, built by the banks of the Tejo River. Still, it’s a nice enough morning – and a few sniggers are raised when people march along the priority queue only to be turned back because they don’t have the right sort of priority ticket. Eventually, we’re allowed in – and it was well worth the wait.

The second major attraction in Belem is the Jeronimos Monastry – an impressive building dominating the Main Street. Unfortunately, it’s also dominated by enormously long queues, so I give it a miss. It’s a day of queues, it seems – the longest of which is reserved for the pastelaria selling Portugal’s famous Pastel de Nata – the custard tart like no other.  They’re sold everywhere, but this is where the delicacy was born. That said, you can find ones just as good for less than a Euro apiece on almost any backstreet.

Or, you could pay over the odds at the Ribeira market. Split into two sections, the historic covered buildings specialises in fresh fruit and veg on one side, and high end cooked food and drink on the other. The smells are amazing, the place is crowded – but a cautious glance at the menus show that the prices here are the equivalent of a London Gastro pub. But it’s worth a visit, just for the experience. 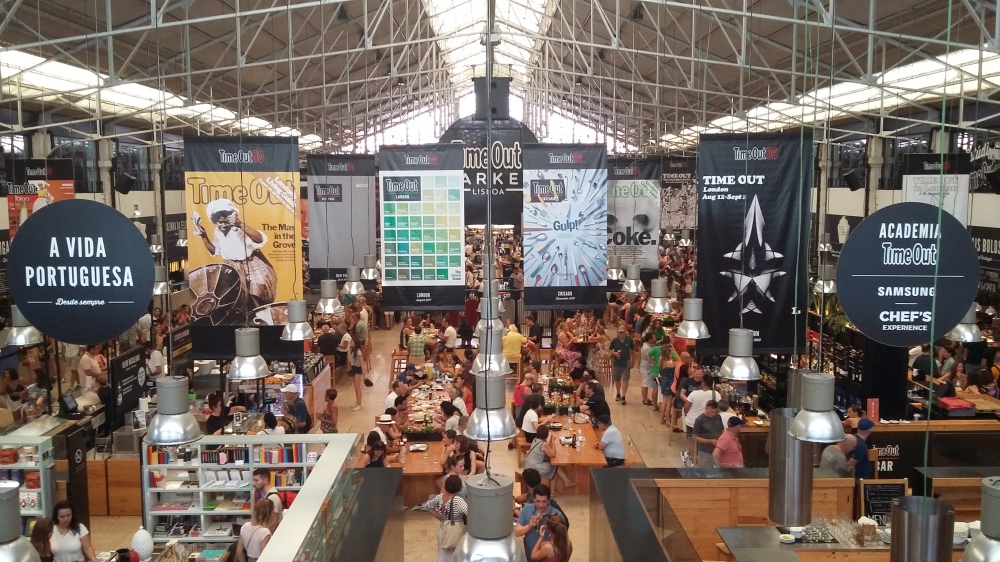 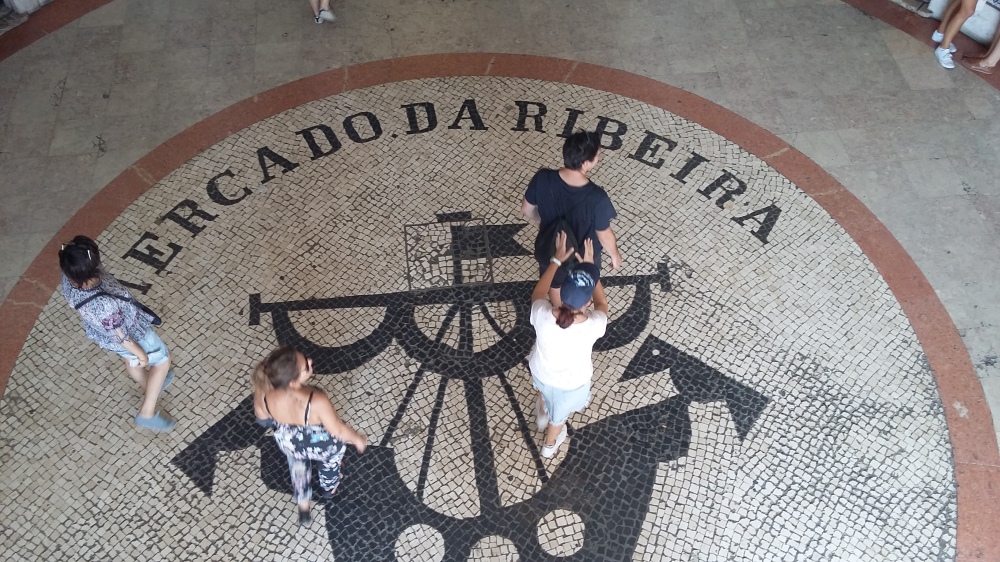 Hill number two today is across in Alfama – and even with the steepest hills, it’s quicker to walk to Lisbon’s cathedral – the Se – than it is to queue for yet anotherr tiny tourist tram. Again, it’s hugely busy, but thankfully the free entry means no long wait to get inside. Outside, trams, tuc tucs, cars and pedestrians all fight for space. 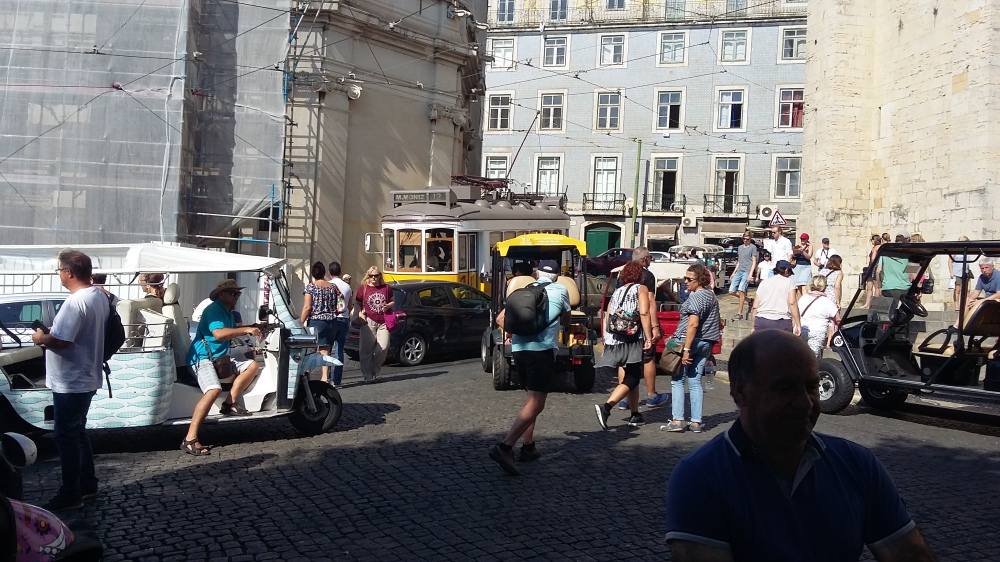 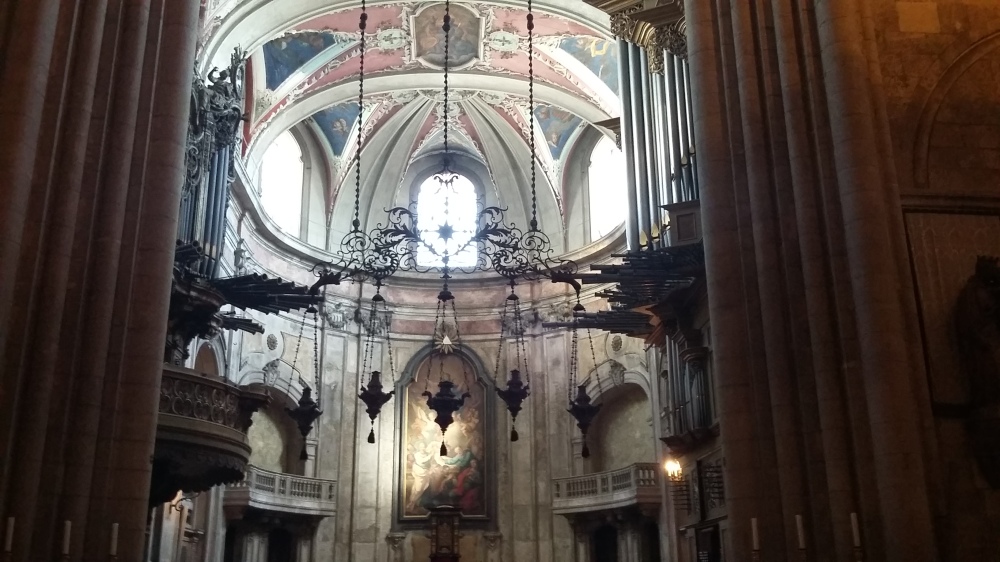 The evening draws me back to the Bairra Alto, for what turns out to be several rather different experiences. The Chinese Pillars bar is a former grocery store, with oriental style furniture, but every wall has glass display cases filled with toys from the last century. It’s what could, at best, be described as “quirky” – or more accurately, just a bit creepy. The service wasn’t too great either.

Just down the road in the local park, though, is much more my kind of thing. Yet another informal food market selling cheap snacks and beer, and some fabulous live music. 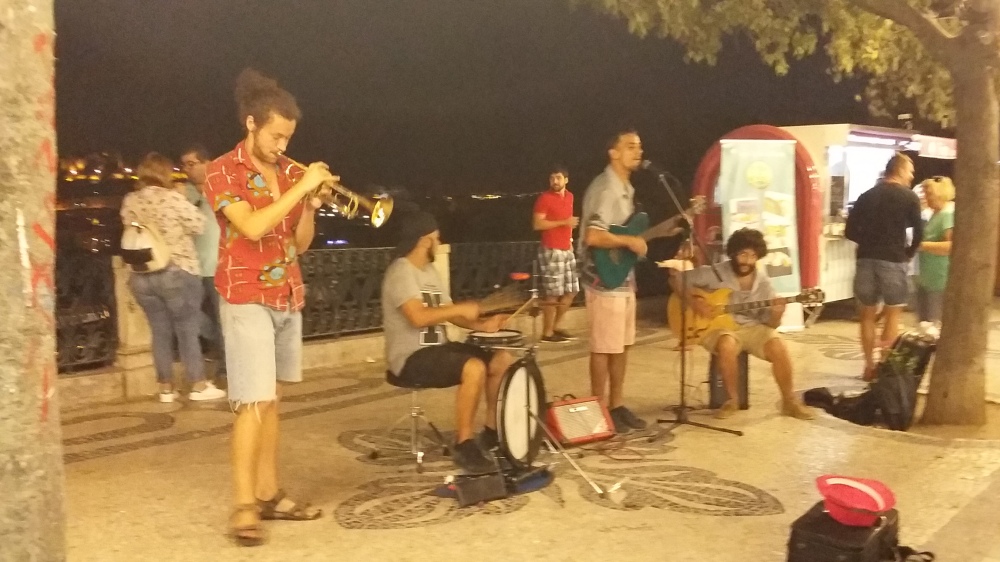 Bairro Alto is buzzing yet again. Saturday night brings out the best in almost everyone. As I found out last night, there are few barriers here – age, culture,  background – everyone just mixes together. In some of the more confined spaces it’s hard to do anything but get along with the people next to you. The Clandestine Bar is a perfect example , where I end up sharing a table with a woman from the UK, a former Brit who now lives in Australia and a young Finnish guy who’s about to start a job in IT in Lisbon.

Right next door, the party is back in full swing with this band – entertaining the crowds with singalong cover versions.

You can say one thing about the Portuguese – they know how to partyI have a hangover to prove it.