Bruges looks stunning in the morning sunshine. The TV news is full of how the UK is failing to cope with a dusting of light snow and slightly cold weather. Here, the air temperature is -1c, but the windchill makes it -6c, which means some fairly brisk walking, since the option of a canal trip seems unlikely, at least until the waterways thaw out.

Despite winding, medieval side streets, vehicles are allowed into the centre of town, which can mean ensuring you look and listen in all directions for a stray moped or bicycle. Being almost completely flat, there’s no shortage of people taking to two wheels – I’d imagine that in the busier summer season it could be a bit off putting. At least when it’s hooves rather than bells you get a little more notice.

Everyone pretends to be enjoying themselves, having paid a not inconsiderable amount of Euros for the experience of a horse drawn carriage. But Bruges is so small, it’s easily walkable in a couple of hours. And then, you can do some more steps. 366 of them to be precise to the top of the Belfry. It’s hard going – but there are several stops along the way, with rooms charting the tower’s history and importance. Such grand structures were less about religion and more about a town flexing its confident, corporate muscle. The view’s not bad either. 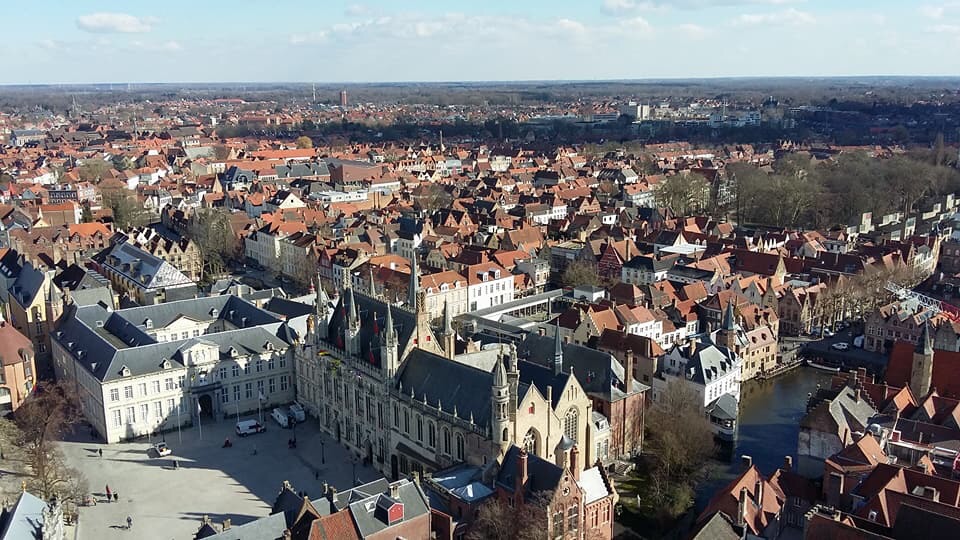 The hourly tune marking time comes from a giant drum inside the tower, a bit like a huge music box. It turns out the tune can be changed through the seasons, and performed by a carillon player one level below the top. Though I’m not convinced Carillon Karaoke is going to take off. There is, naturally, a main bell too.

I took this picture at 1.45pm and was tempted to stick around until the top of the hour to see just how loud it was. But there was a howling wind blowing through the tower, and a raft of museums  to choose from. The guidebook recommended ones specialising in regional history or significant works of art. There’s even a diamond museum. Instead, I opted for the Beer Museum. 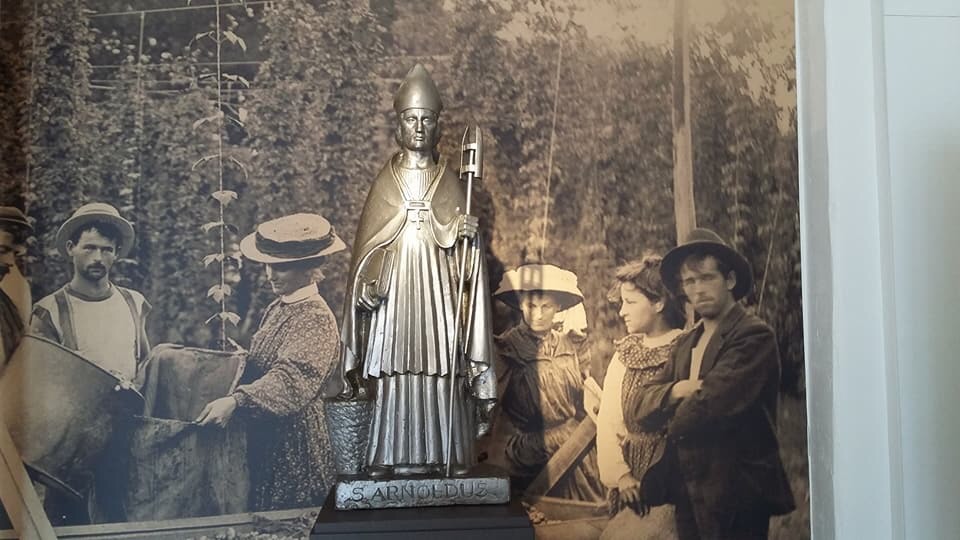 That’s Saint Arnold, the patron saint of beer. You learn loads in Bruges. Mainly that Belgium has a lot of beer to choose from. 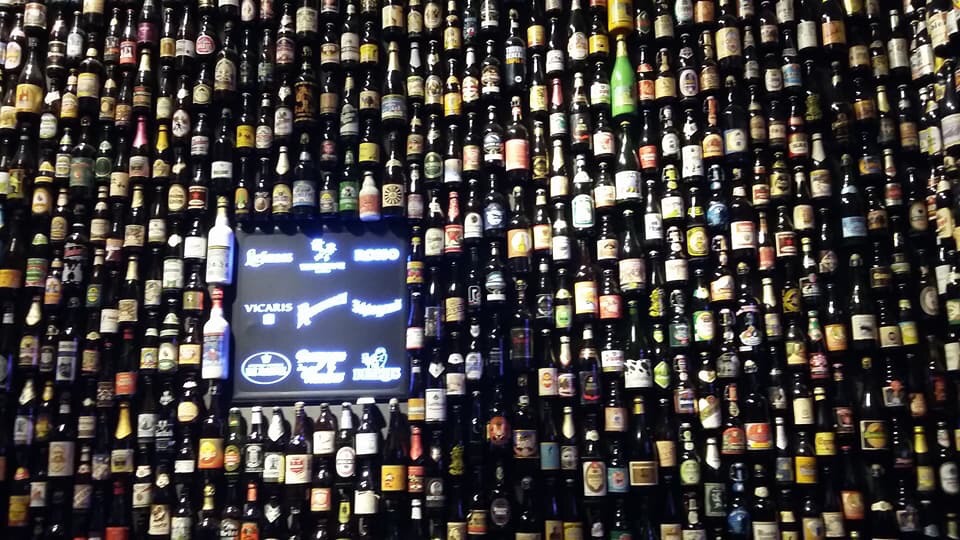 One of the more famous brews is the Trappist beer. There might be one in that picture somewhere, though they tend to be so strong you might well forget you’d had one. And here’s one of the nice things about this country : beer is for supping rather than quaffing. I’m sure Bruges gets its fair share of stag parties, but then again, perhaps not. The cafe culture is very much alive and well here.

Talking of religious stuff, there’s just time to stop off by a convent.

The Begijnhof was once home to the beguines – not, as you might imagine, the Julio Iglesias fan club, but communities initially set up as sanctuaries for women left single or widowed by the Crusades. I bet they enjoyed a Lambrini or two of an evening.

Actually, that probably sounds a bit sexist. How about a glass of this instead. Perhaps inspired by the Mysterious Girl singer himself?

As I said, you learn loads in Bruges.