The Mississippi is arguably the river that can claim more stories than any other in the world. The earliest settlers in America quickly realised its importance for establishing crops, for travel and later for trade. Today, Ol’ Man River is just as impressive – and still a busy place around the port of New Orleans.

The first picture is of o e of America’s largest sugar refineries. It’s one of the hundreds of facts relayed to the passengers on board the Creole Queen – an old time paddle steamer that treks up and down the river three times a day – by our enthusiastic guide. Wendel has plenty of stories about the Mississippi, past and present. And while we learn a lot, it’s about 35 minutes of continuous commentary without a break.

It’s a wet day outside so people cram into the restaurant room, before we reach Chalmette – the site of  the Battle of New Orleans. 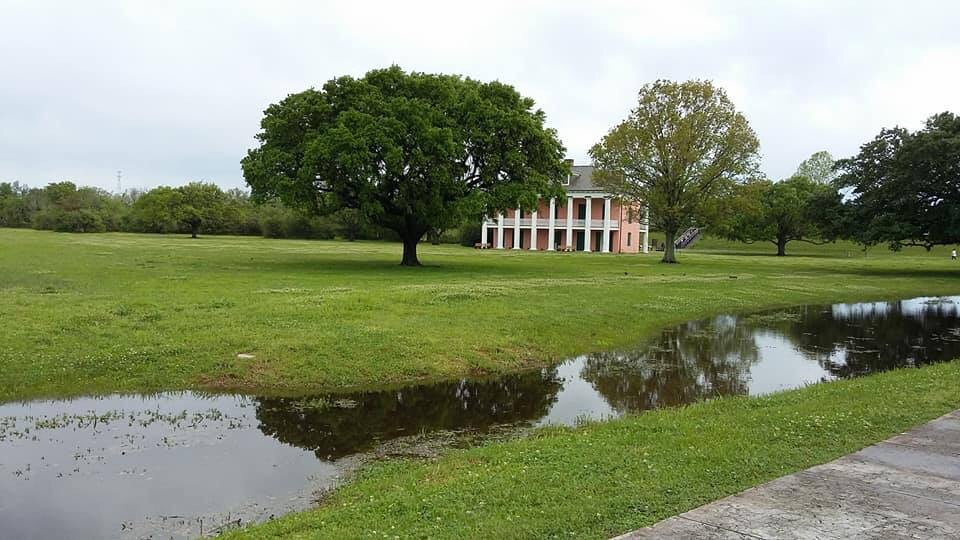 This was the final attempt by the British to conquer the whole of North America, but it failed thanks to the leadership of General Andrew  Jackson. That’s a really simple summary of the whole thing – the full story is told by a knowledgable National Park ranger. ﻿

Back in town, it’s time to drink with the locals, which means getting out of the French Quarter and into the Treme neighbourhood.

This area was made famous by the TV show, and is still the home of some of the best performers. It’s outside the safety zone of the Quarter, but once through the door there’s a big welcome from the bar tender Missie. Every newcomer is greeted with a “How you doing, darling?” Or “What you having, honey?”. It’s a full house tonight, and rightly so – as Kermit Ruffins starts his set. 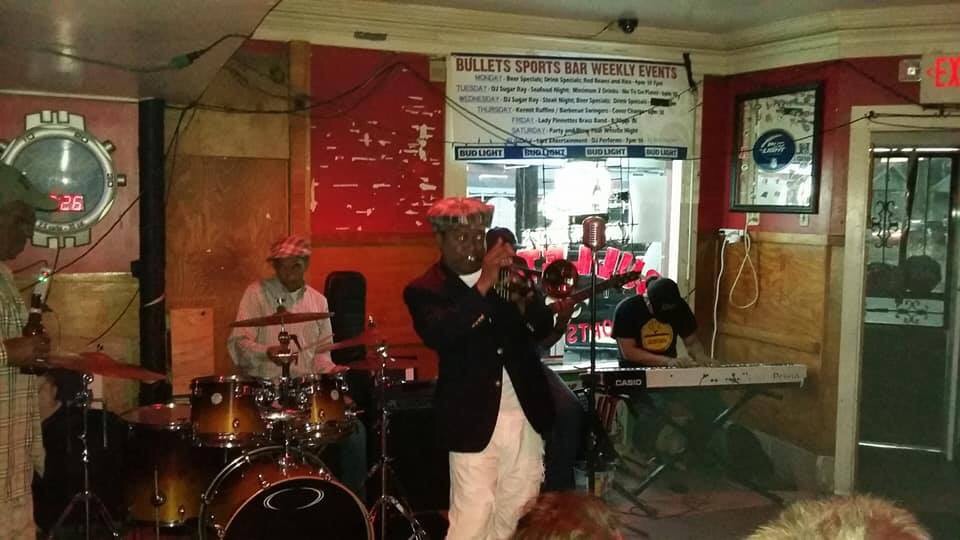 He’s a local legend, and the audience is made up roughly half and half of regulars and tourists from out of town. But everyone seems to know him. Included on the drinks menu is what’s known in these places as a “set up” – a half pint bottle of your favourite spirit served with a bucket of ice and soda. It’s a good way of sorting out your evening’s drinking without ever having to return to the bar. And if,you’re hungry, there’s  some convenient street food.

Once again, New Orleans has managed to deliver surprises on every street corner. Next stop, Austin, Texas.