Louis Armstrong airport is about a twenty minute drive from downtown New Orleans, and the cheapest way to get there is by using the shared van Airport Shuttle service. The driver tells me his family were from England – Exeter to be precise – but that was around 300 years ago. He’s full of facts about the region, not least how the early settlers had to modify the swampy land to get anything out of it.

Fortunately, my hotel is also the first stop, enabling me to freshen up and head for some entertainment on Frenchman Street. At Bamboulas, Monday is all about the brass band. 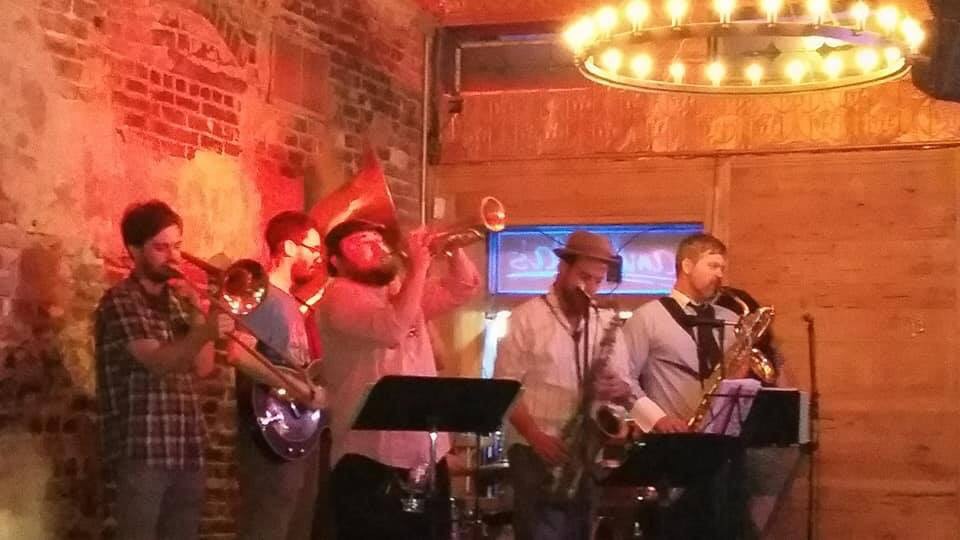 This isn’t trad jazz, at least how most people define it. Bands like these (and there are many) do a neat trade in cover versions of modern songs.

“If you see a girl on a bike with pink dreadlocks, tell her I’m just in the bathroom.”

In any other city, this might seem like a weird conversation. But in NOLA – and specifically at Molly’s At The Market – it’s pretty standard. Lyndon is in his early twenties and works at the bar two doors down. He lived in San Francisco for a few years but wanted somewhere smaller. Along with being a bar tender, he designs furniture and the pictures he shows me suggest a real talent. As if on cue, his friend shows up as he’s in the gents. Another random conversation drifts into the night. It’s early for New Orleans but I’ve been awake for nearly 24 hours. 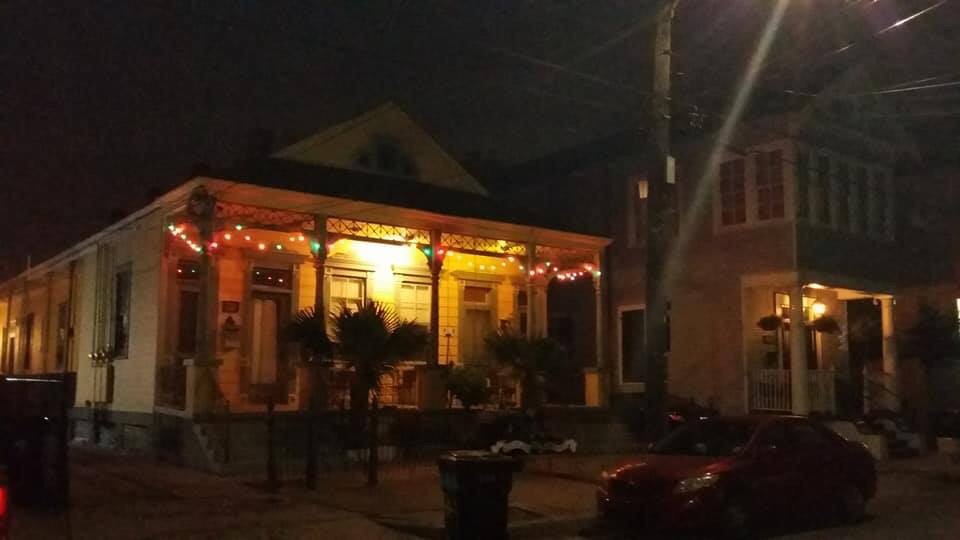 At the Cabildo building on Jackson Square, the turbulent history of New Orleans is brought to life. The French influence here is obvious, but over the centuries the Spanish and the English tried their own bits of colonialism, and that’s before you ever get around to the Civil War. The list of conflicts is summed up in a long gallery overlooking the square, decked with flags denoting each era. 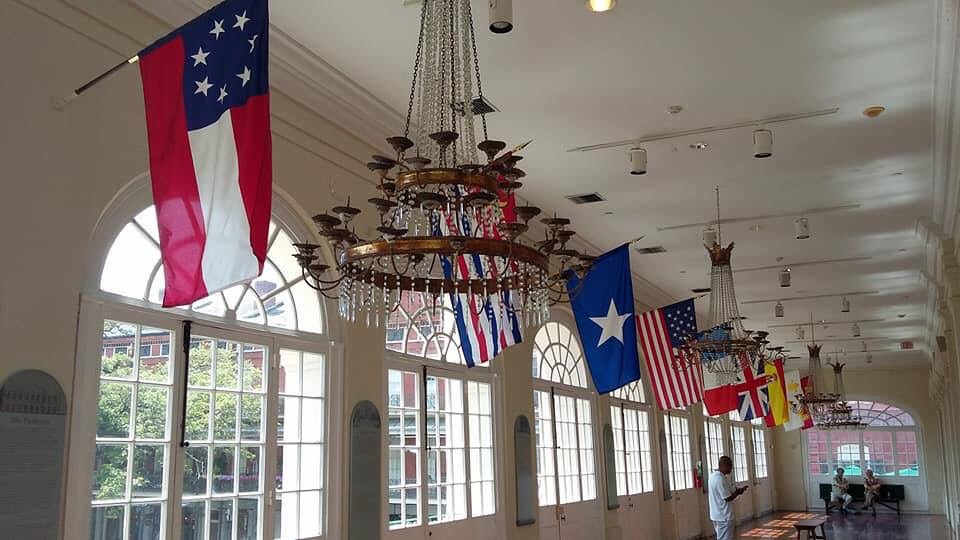 A joint ticket allows access to three buildings operated by the Louisiana State Museum service. And in the Presbytere, there’s a focus on the city’s more recent turbulent past. 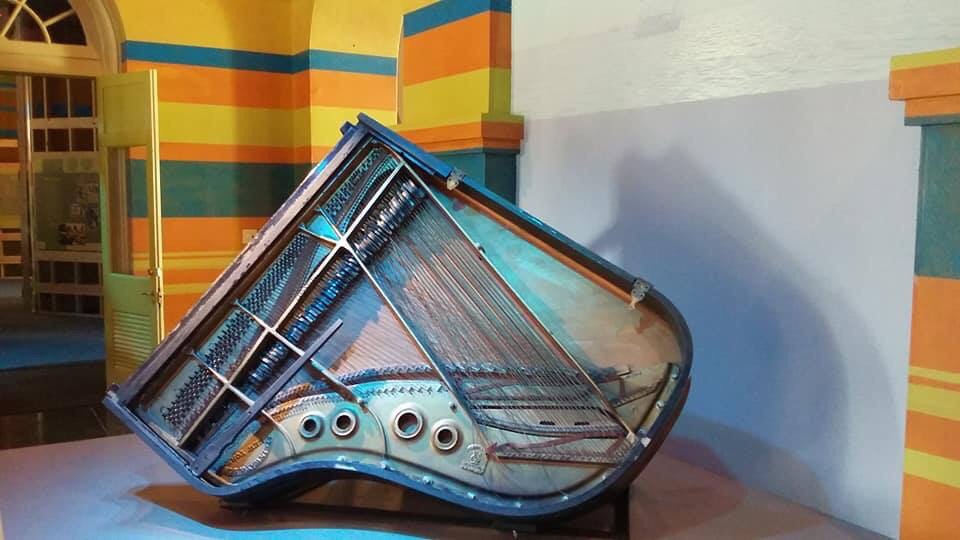 The piano belongs to Fats Domino, and was recovered from his house when it was hit by Hurricane Katrina. It’s more than a decade since the disaster and the exhibits charts in graphic detail the gross dereliction of duty by the national authorities. The city’s cries for help were ignored by Washington for days, leaving thousand stranded as refugees in the Superdome. While that might sound like a safe place, it had no power, no sanitation, conditions akin to a third world country.

A lot of work has gone on since. The French Quarter suffered, though not nearly as bad as other areas. On most of its buildings today, you’d hardly know anything had happened. 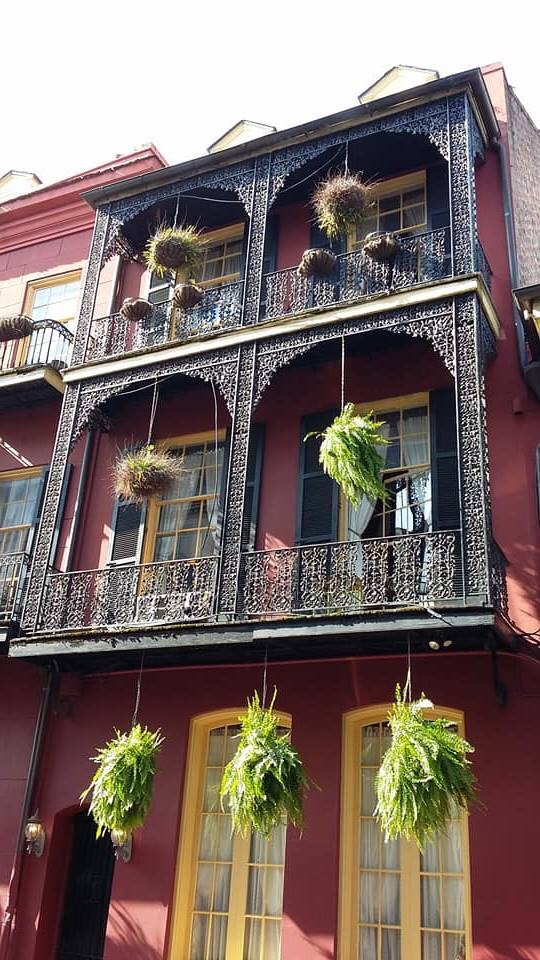