In talk radio, the job of the host is to grab the listeners’ attention. And that’s certainly what BBC Radio Solent’s Alex Dyke did this week with his controversial comments about breastfeeding. He made remarks which some may find offensive, and was robust with the listeners who didn’t agree with him. But is that really grounds for suspending him – or is there something else going on here? 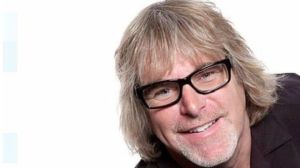 The national press has been gleefully reporting the news; the pro-breastfeeding brigade have had a field day. There’s been a petition demanding that he be banned permanently, and another one calling for his return. It really is the perfect storm.

Meanwhile, the industry commentators have also been giving their own interpretations. John Myers’ blog suggests the “flakiness of BBC managers” in failing to support their employee who, after all, is doing what he’s paid to.

Of course, not all phone in shows are as controversial. Veteran programmer Len Groat rightly points out some cringeworthy examples from BBC Local Radio, including “what’s your favourite pylon”. Sadly, this actually went out on air. In a rare moment, I actually agree with Len on this. There’s often so much airtime to fill with speech content that the most dreadful and dull subjects are offered as “talking points”.

Breastfeeding is not one of those subjects. I’ve produced at least a dozen shows where it’s been the talking point, and it always provokes a strong reaction. The exact words that Alex Dyke used may have been ill judged and distasteful, but they’re certainly not the grounds for a formal suspension.

And here’s where this just doesn’t add up for me. As a union rep, I’ve supported colleagues who have been genuinely suspended, under the BBC’s nationally agreed disciplinary procedures. The word “suspension” is very specific, and often signals a lengthy investigation into whatever crime is alleged to have been committed.

It’s inconceivable that the BBC would normally make public a suspension in this way. It would quietly happen off air, with all details being kept confidential between the employer, the employee and (where relevant) the union rep.

All we know for sure is that Alex “would not be presenting his show on Friday”. That’s quite specific, and narrows the certainty to just one day. I could be entirely wrong on this : people have been fired for less.

But it does have the whiff of a publicity stunt – albeit poorly executed.