What a difference a year makes. I was so impressed with my first visit to Malta that I not only came back on the same week with the same people, but we booked into the same apartments. After all, last year’s view was pretty impressive. 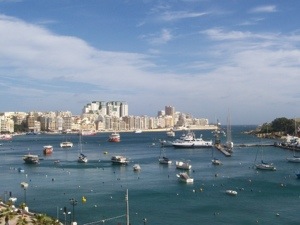 To say that this year’s offering is less impressive would be a slight understatement. On the plus side, it’s about 17 Celsius outside and it’s the first week of February. But the bookings staff at the Bay View apartments have managed to split us into two different rooms. Franko has pretty much the view you see above. John and I don’t. 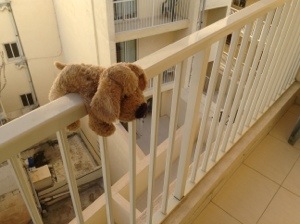 For those wondering, NewsMutt is currently showing his rear end to two other dogs on a balcony below. Typical. Although he’s also been checking out the safety arrangements in our luxury kitchenette. 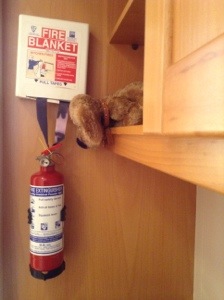 Another thing that’s changed this year is the public transport. For years, Malta’s bus network was run by individual drivers who owned their ancient vehicles, famously making the whole island trafficscape look like something from fifty years ago. Then two years ago, then transport multinational Arriva took over operations, compete with a sleek new fleet of bendy buses. But suddenly, at the end of 2013, it pulled out for financial reasons. The result is that the Maltese Government has brought the entire system back in house. And for the previously modern airport bus service, the best place to sit with your case these days is on the back seat. 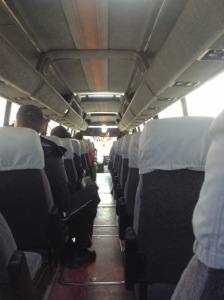 But thankfully some things never change, and we are soon sampling some lovely beer at the Cafe Jubilee in Gzira.

This little gem of a bar combines English familiarity with French decor and permanent jazz music. If it only had a terrace, I might not move from here at all. But there’s a whole island to explore out there…