I should know better by now, but I had just a bit of an anorak moment this week when I finally got my foot in the door of the BBC’s spanking new HQ, the refurbished Broadcasting House. Much has been written about the millions spent on this vast project in Central London, but spending just a few hours in a small corner, no broadcaster could fail to be impressed. 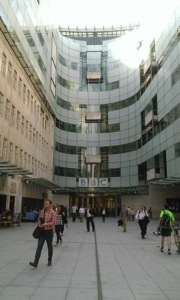 I was slightly sceptical by management’s spin on this being Europe’s largest multi media newsroom, but looking at the scores of desks sprawling out from the radio summaries area, that doubt was soon banished.

Radio summaries, who provide hourly bulletins to Radios 2, 4 and 6 Music – as well as Radio 3’s bulletins, typically has a core team of five. To an outside observer, this might seem a generous number. But serving so many audiences, and providing a quality product, is no small responsibility. People expect the BBC to get it right, every time.

As you’d expect from such a huge project, the studio facilities are impressive. At least for the networks like Radio 4. This is the Today Programme. 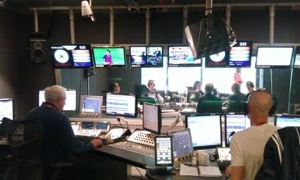 Again, some of my colleagues in Local Radio might be surprised to see the show needs not one, but two Studio Managers – the guys at the controls. What you can’t see is the Studio Producer to the right and – for the 0800 news and other key bulletins – a member of the newsroom acting as Director – managing the running order for the newsreader in the studio (sitting to to the left).

But network radio is a place of contrasts. Radio 1 has its own wing of BH, hidden behind frosted glass and an impressive walkway resembling a nightclub. Regular staff passes don’t get you beyond the door here. And despite having refurbished studios, the UK’s most popular network, Radio 2, is stuck across the road in Western House. 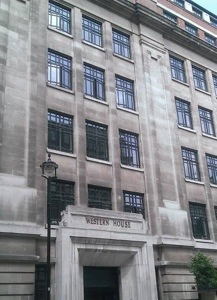 This is the kind of building most radio folk will be more familiar with. A reception area smelling of faded glory. And yet, if Radio 2 were a commercial station, it’s the one that would reap the BBC the most income.

An old lift takes you up to the sixth floor and a slightly plusher waiting area for celebrity guests. And then, the highlight for this anorak, the Radio 2 news studio. Which looks a bit old, actually. Inside, a printer in the corner – connected to the summaries desk – churns out the hourly news for daytime newsreaders like Moira Stuart, Alan Dedicoat today’s legend, Fran Godfrey.

Alas, they’re something of a dying breed. No part of the BBC has been immune from cutbacks, and last year it was decided to dispense with announcers. Deadly (the voice of the balls) remains as presentation controller, and – in typical BBC style – Fran was made redundant, only to be asked back to fill some shifts. The rest of the bulletins are done by journalists back in the main newsroom – who also provide the half hourly news on 6 Music.

Of course, for most here, it’s just another workplace. But only the BBC gives you that tingling sensation as you brush past Elton John’s piano or walk in the footsteps of the real Queen, behind the glass goldfish bowl TV news studio.

Just don’t gurn or gesticulate too much. Or this may happen.