It’s often the case that those with the most talent on air also come with the biggest egos. Any producer knows that all too well, where the presenter – who’s just dropped a huge turd into the show – washes their hands of all responsibility. It goes with the territory.

But this week saw one of “those” moment which – in my opinion – went too far. And, perhaps unsurprisingly, it was delivered by one of the sector’s biggest egos. 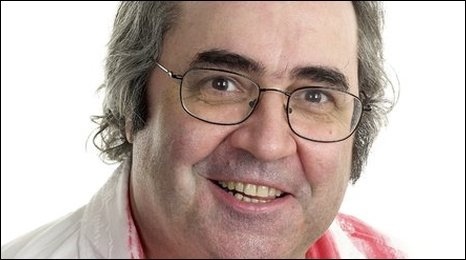 To many listeners, Danny Baker is a broadcasting legend. And in many ways he is. His ability to turn no content with a tiny budget into compelling radio would be every Programme Director’s dream. And there’s no doubting his popularity a among his tens of thousands of fans who were rightly outraged this week when his daily show on BBC London was dropped.

But what followed riled me – as a radio professional – as much as the listeners. Danny launched into an on air tirade, attacking BBC management and the apparent lack of personal communication over his departure. It later emerged that Danny preferred negotiations to be done through his agent. A telling factor, in my mind.

It wasn’t the open rant at management that got my goat, though. It was the patronising attack on the journalists in BBC Local Radio who work their backsides off, day in, day out, to provide local content that none of their commercial rivals can be bothered with. For the record here, I should state that I have my NUJ rep’s hat on here. And it’s made of pretty robust material.

Danny Baker sniped that “we’re still here to keep you up to date about the blocked drains” – a reference to the sometimes parochial nature of parts of Local Radio. But actually, it’s those parish pump issues which – done well – can make compelling output. A former News Editor of mine (in commercial radio) had a mantra to describe this agenda. “Dog shit, not Bosnia!” he would shout at trainee journalists compiling news bulletins.

And whilst some of what we report – even on a global agenda – is of little consequence, far more stories are exactly the type of thing Local Radio should be about. Agenda-setting, holding to account pieces that make great radio.

OK, that last paragraph might reek of corporate spin. But I make no apology for defending it when overworked and underpaid journalists are seemingly undermined on air. Perhaps I’ve misunderstood the context of what the Candyman said. But “doing a DLT” on air is no cleverer now than it was twenty years ago.

As a postscript here’s a timely reminder of the consequences from David Lloyd, someone who’s sat on both sides of the microphone and the bosses desk.

Danny Baker is already being “linked” with new gigs – possibly on Radio 2. If his popularity cancels out his ego, he’ll be a very lucky man.