Twenty four years ago, Atlanta was at the centre of the world’s attention – but partly for all the wrong reasons. The city hosted the Olympic Games, but on 27th July Eric Rudolph detonated a pipe bomb in Centennial Park, killing one person and injuring nearly two hundred others.

Today Centennial Park is still a focal point for visitors, and in normal times tens of thousands of people would flock around the dancing fountains, playparks and plazas, which look especially good when bathed in sunshine.

This was Centennial Park in March 2017. Today Atlanta and the wider state of Georgia has recorded 620 cases of Coronavirus and 25 people have died. The UK has gone into a state of lockdown, with Prime Minister Boris Johnsnon ordering people to stay at home.

But there is confusion about how the rules are going to be enforced. Technically, gatherings of two people are more are banned. Yet pictures show crowds of people yet again on the London tube. Nobody has any clear answers.

When I arrived in Atlanta three years ago it was Easter Sunday, and as the downtown area is mainly a sea of corporate businesses and towers it was relatively quiet. That said, visitors crowded the bars and grills around the city centre, families gathered for meals – but there was a distinct lack of obvious nightlife, or a district where the main attractions were.

One neighbourhood I was keen to revisit this year was Sweet Auburn, a historically African-American district which was the birthplace of Martin Luther King. 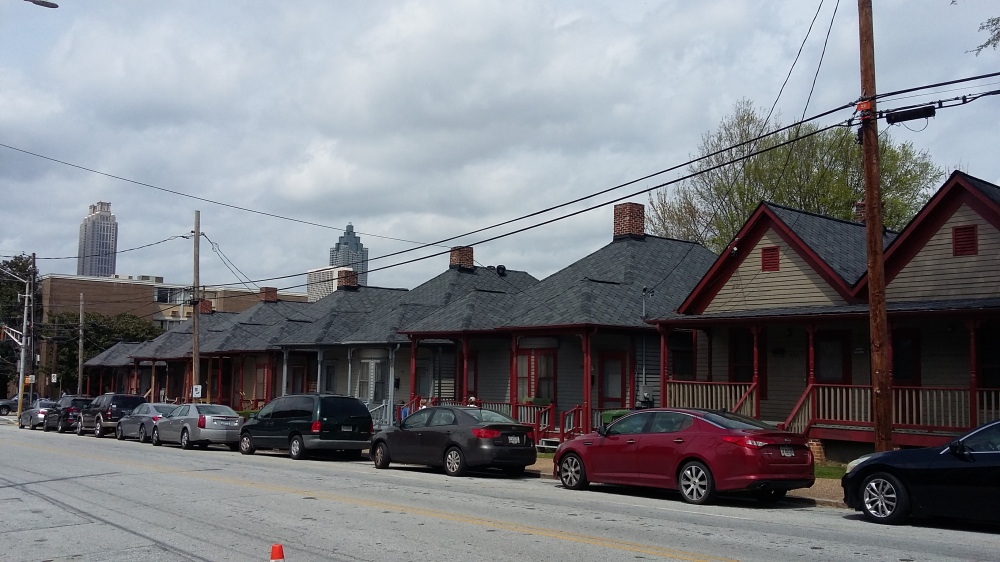 The King family home is just opposite these houses – but is larger and grander than them. Further into the area are signs of deprivation and poverty. Unlike a downtown area, the bars and restaurants blend into the high street mish mash of convenience stores and laundries. Most appear to be closed during the day, a sign of little or no trade.

The notable exception is the Curb Market, a true community hub stocked with fresh fruit, veg, meat and fish. There are also hot food outlets where people gather for lunch. It’s cheap and tasty stuff – and although tourists come, it’s mainly for locals. 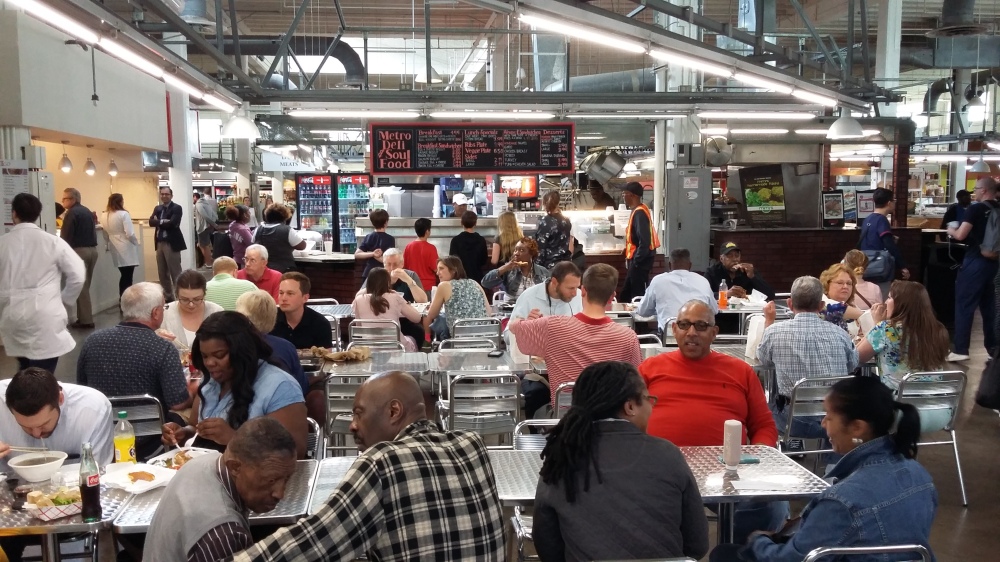 There is more work to be done to bring a greater number of visitors here – despite the appearance of a gleaming new tram line, which snakes in a circular route from downtown.

Had I been here now, I’d planned to spend an evening in the district – having seen small music clubs advertised online. I was hoping for a burst of uplifting soul music, the kind you only get this far south. But it’ll have to wait for now.