The mighty Shannon River flows through the heart of Limerick, my final destination on this trip. But today it appears to have a new tributary in the form of the M18 and N18 running south from Galway. The rain is the heaviest I’ve experienced yet, so I’m thankful for the relatively short drive today.

In Limerick itself, the sun is finally shining over the river, and the strategic nature of the Shannon is punctuated by King John’s Castle, built in 1200 not long after the Normans arrived.

But today I’m less interested in Norman – and more in Terry. The broadcaster Sir Terry Wogan was born here in 1938. The son of a high end shopkeeping family, he shot to fame through the 1970s and 80s as a radio and TV chat show host, and the iconic presenter of Children In Need and, of course, the Eurovision Song Contest. He died in 2016, and like any town proud of its children, a statue was commissioned. Through it wasn’t universally well received. 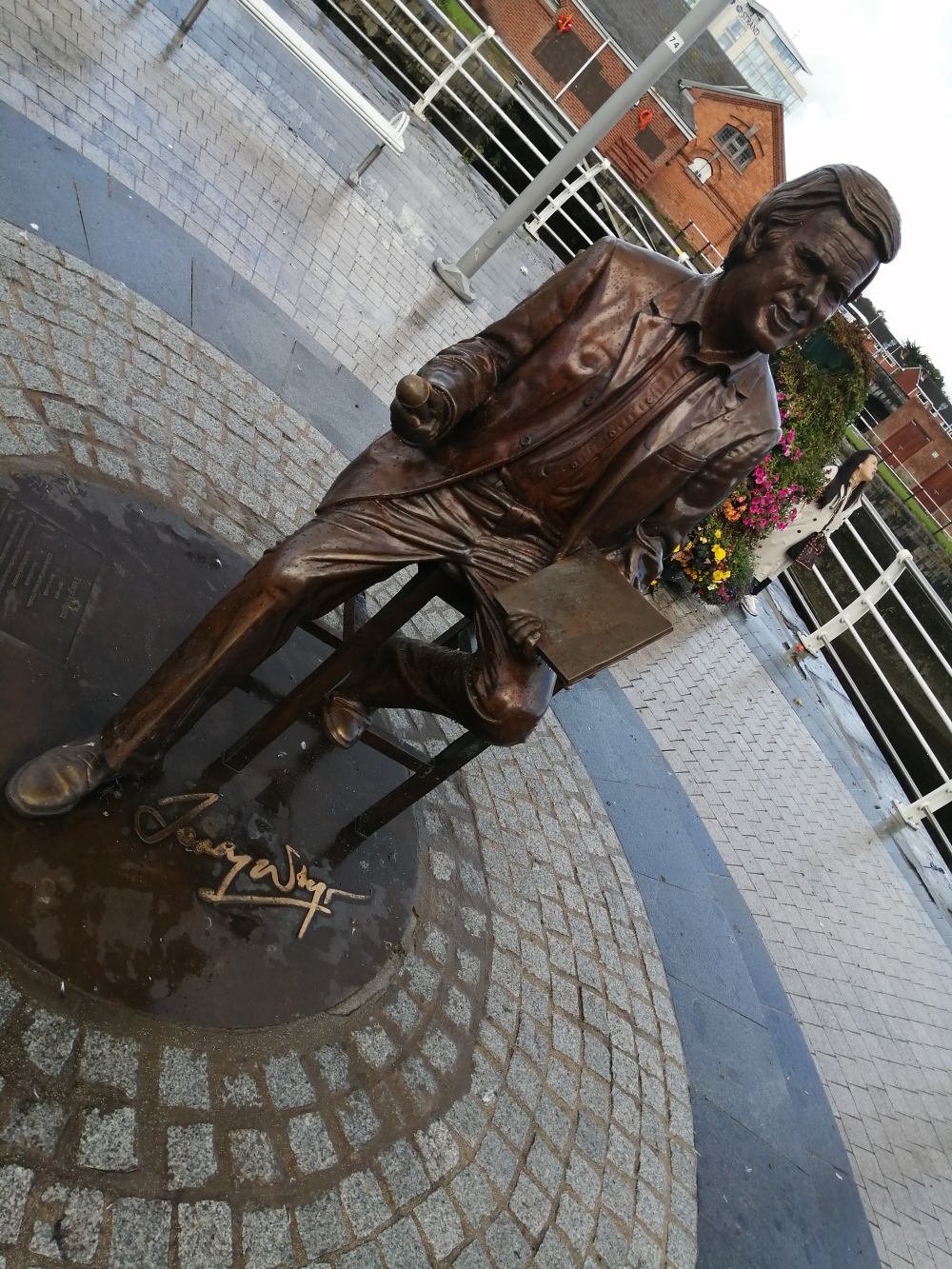 The memorial cost almost 60 thousand Euro to build, There were even calls to melt it down, with suggestions it looked more like Will Ferrell or country singer Glen Campbell. I might add the Fonz to that list, but personally I think it should stay.

Limerick once had a pig market, a hay market, a potato market and a corn market – these days known as the Milk Market. It’s website promises sales on Fridays, Saturdays and Sundays – but today it looks like I’ve missed the action.

Elsewhere, Limerick’s city centre is large and bustling, with a busy high street and, it seems, plenty of custom. It’s the end of my trip to Ireland, and although the rain has dampened things it’s been a great journey of culture, people and of course music.

From what I’ve seen, Ireland remains opening and welcoming to visitors. But some of its smaller towns are decidedly down at heel. Rural communities rely on tourism and enterprise to survive. The country has great infrastructure – and plenty of space. But it’s relatively small population means it’s a constant challenge to survive and thrive.

For the visitor, that size means accessibility – it’s easy to get about by car, and there are decent rail and bus links across the country.

Ireland was my parents’ country – not mine. But this trip started with a brand new passport and a curiosity to find out more about tha place. I’ve a feeling I’ll soon be back.