Travel should ultimately be about a sense of adventure, delving just a little bit into the unknown. Even if you usually “play it safe”, going to a familiar place, there’s always something new you discover.

Both of my parents were Irish, so as a kid I was – eventually – introduced to the wonders of Dublin when I was introduced to my Granny (on my dad’s side). I say eventually, because as the youngest of seven children, it was some time before my folks could scrape together what would’ve been a small fortune for the flight for me and dad from East Midlands Airport.

This was 1978, long before the concept of a budget airline – or budget anything. The cabin of the tiny plane, powered by propellers, slowly filled with smoke – not through some emergency but because smoking was very much allowed on flights. Indeed, it seemed to be a way of calming the nerves of many passengers.

And then there was Dublin itself, to quote the song “in the rare auld times”. It too was full of smoky bars and bingo halls, sweary Irishmen swigging a gallon of Guinness each night, and occasionally their wives sipping a sweet sherry. Not all Dublin pubs were child friendly, but bringing your kids along certainly wasn’t discouraged – as I found out with my countless young cousins on various occasions.

Dad – who passed away the following year – spent his last couple of Irish Punts on a toy Basil Brush for me. He’s still at the back of the cupboard to this day. That’s Basil, not dad.

So I’ve a million memories of Dublin at the time – and since then I’ve paid many return visits; not least because my middle brother worked here for several years. But aside from this and a couple of trips to Mayo (where said brother lived) I’ve never taken time to discover “home”, as mum used to call it.

It’s never been my home, but having recently received my golden ticket post-Brexit – the Irish Passport – I’m determined to discover more of the place. (Not that Brexit has happened as I write, but this blog isn’t about politics) 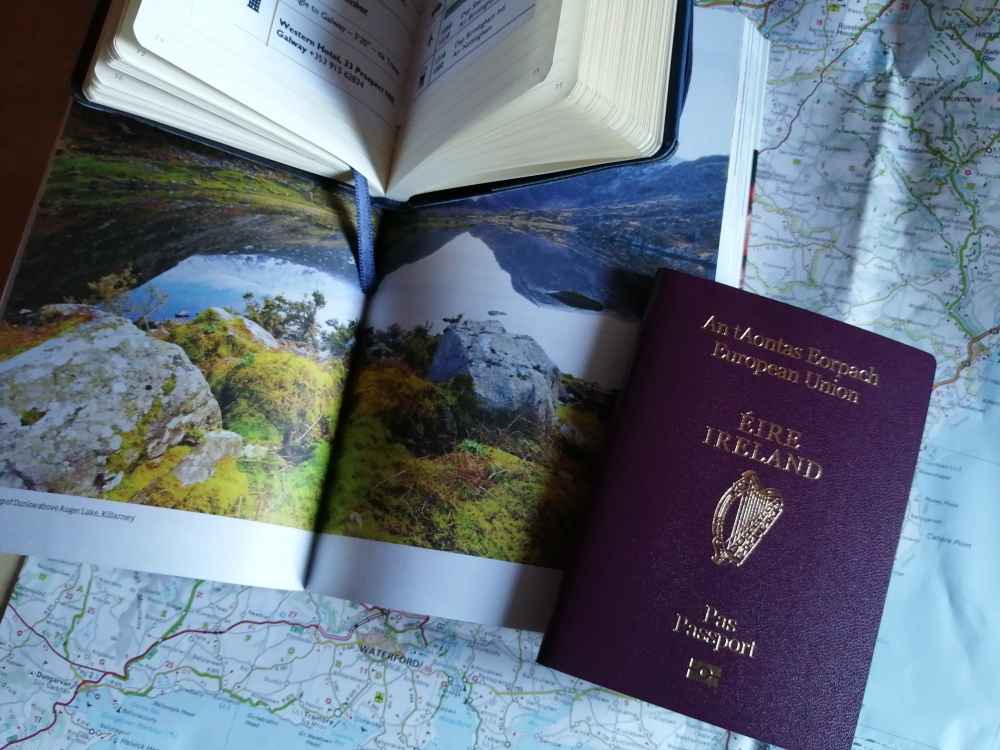 I’d considered using Ireland’s rather decent network of rail services to get around. But timetables limit your options, especially if you want to explore some of the more spectacular parts of the Atlantic Coast. So I’ve opted for a road trip; unusual for me as I like someone else to do the hard work. And – having already seen rural, interior life in Mayo, I’ve decided that a coastal route will offer me more opportunities to see the sights. 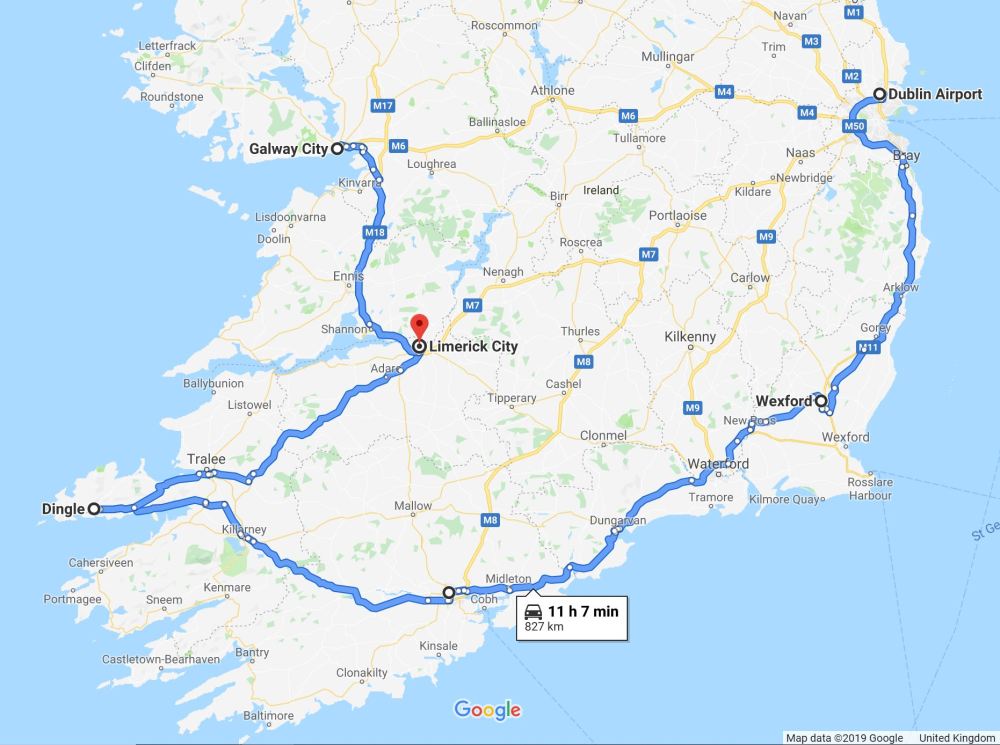 The estimated total driving time isn’t all that much – and could easily be polished off within a couple of days. But I’m in no real hurry, with a week ahead of me. Accommodation is booked – but what I get up to in between is my business.