Berlin is blessed with lots of green spaces, but none ar as grand as the Tiergarten. An ancient hunting ground, the sprawling parkland was badly damaged during the Second World War but has since become a focal point for joggers, doggers and walkers. During. A mid morning stroll I see two of those (I won’t say which), before reaching the area’s biggest erection. 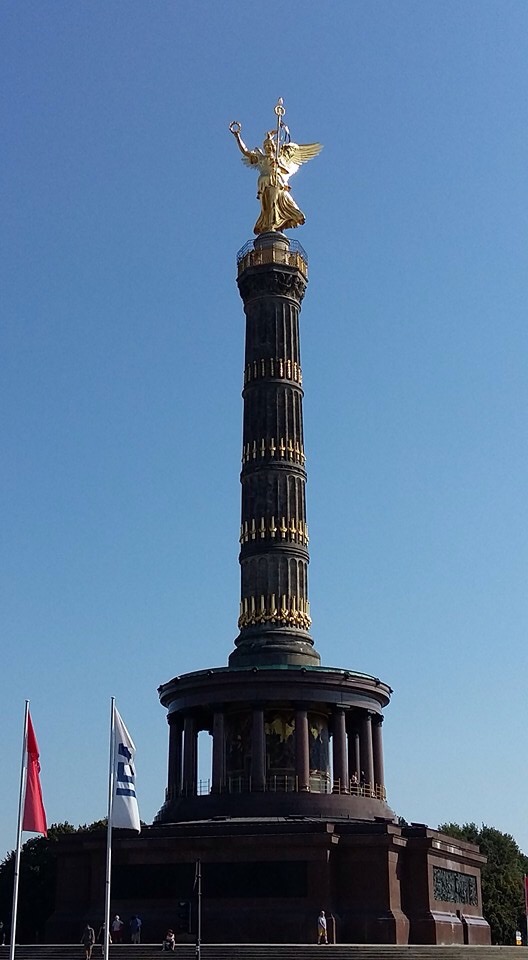 The Siegessaule or Victory Column commemorates those wars that Germany managed to win. It’s also at one of the city’s busiest road junctions, and although it looks inviting, I already have a date booked later on from an even higher vantage point.

But first, a train ride to the town of Postdam – technically the capital of the Brandenburg region, but these days effectively a large add on to Berlin with fast transport links for commuters. However, it’s bigger than it first appears, and it’s a somewhat confusing journey from the main rail station to the centre. Postdam has its own tram network, and without a map – or knowing what I’m looking for – my introduction is a combination of farce and fear.

Fear, because on every street corner there are police vans. Some static, some moving slowly – and around every junction they seem to be breeding. It’s only later I discover that many of Europe’s foreign ministers are in town for a summit, so security is at epic levels. Because of this, I’m reluctant to take too many pictures. BitnI can’t resist this one of Postdam’s own Brandenburg Tor. 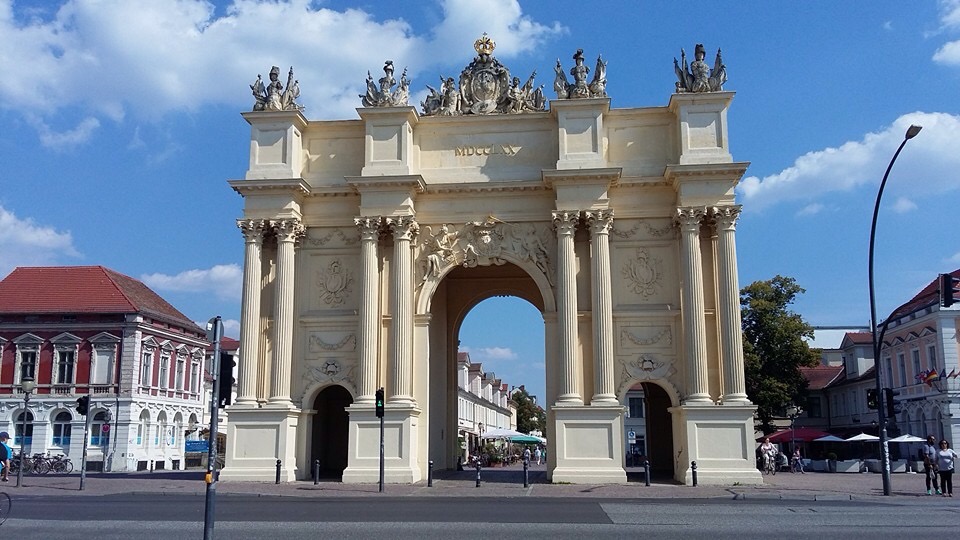 Sunset – well, dusk and there’s just about time to ascend the TV tower. By day there are long queues and I thought that my pre-booked “priority ticket” might afford me some special attention. I did something similar at Chicago’s Hancock Tower – whose bar insisted on smart casual clothing and offered great table service. Berlin’s equivalent is a little less impressive; just a small cocktail bar in the 360 degree viewing floor, with the one bar tender saying barely a word to customers. But it’s all about the views here. 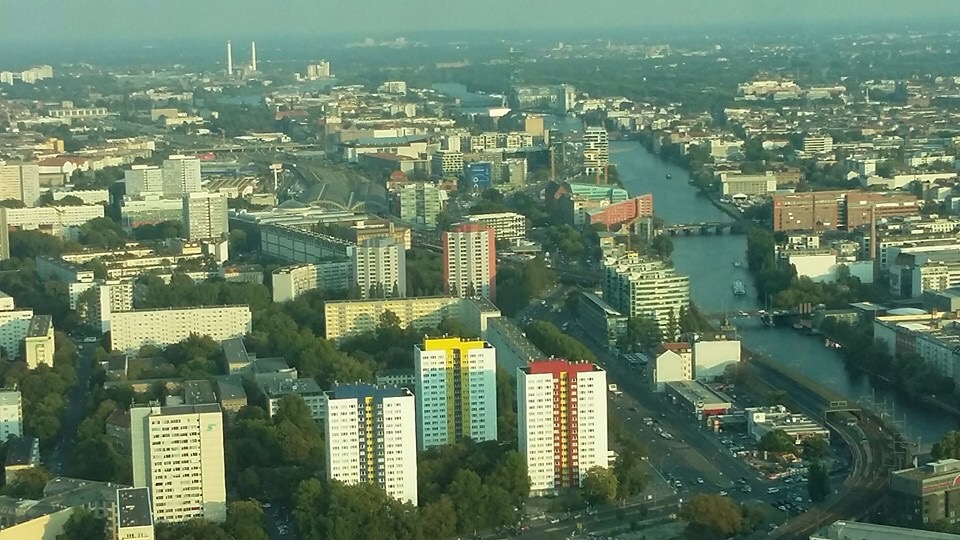 The district running North from the Hackescher Market has some of the loveliest boutiques and coffee shops around. But in an alleyway off Rosenthaler Street is a little bit of a Berlin that’s refusing to give in to progress. Haus Schwarzenberg is a collective of independent businesses and artists – including a cinema, a gallery and a funky bar. 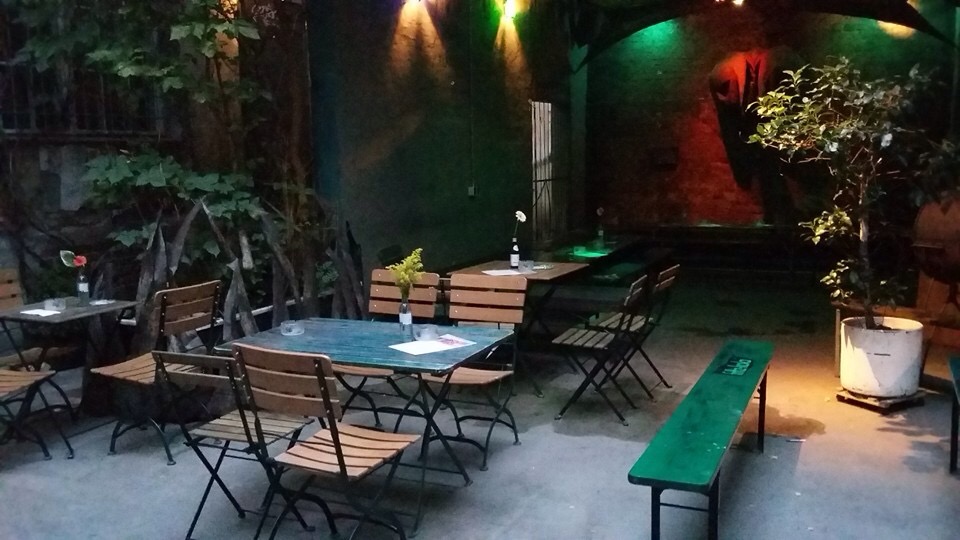 There are customers here – but they were reluctant to be photographed. It could have been because they’re rebels of the mainstream, refusing to conform to society. It might have also had something to do with the light smell of weed in the air. There’s also some pretty good street art on the walls. 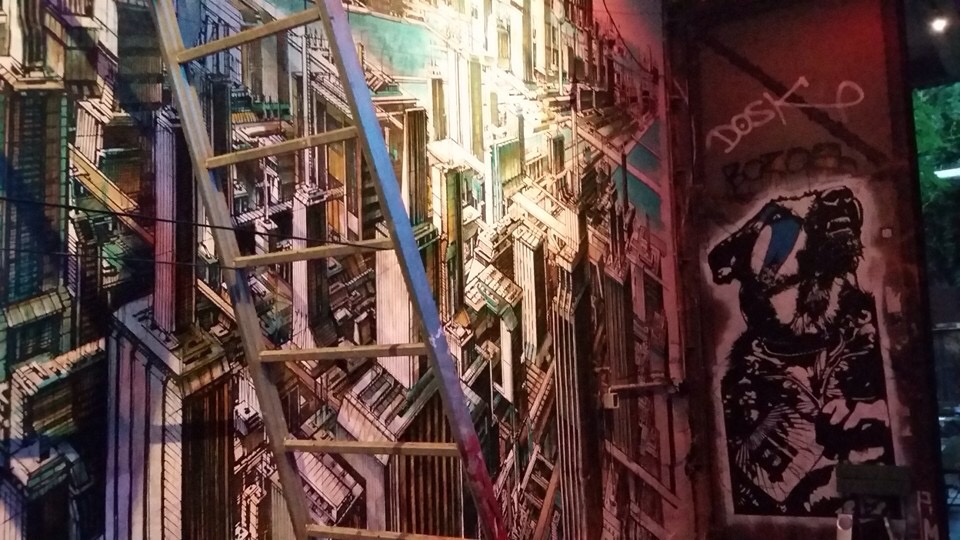 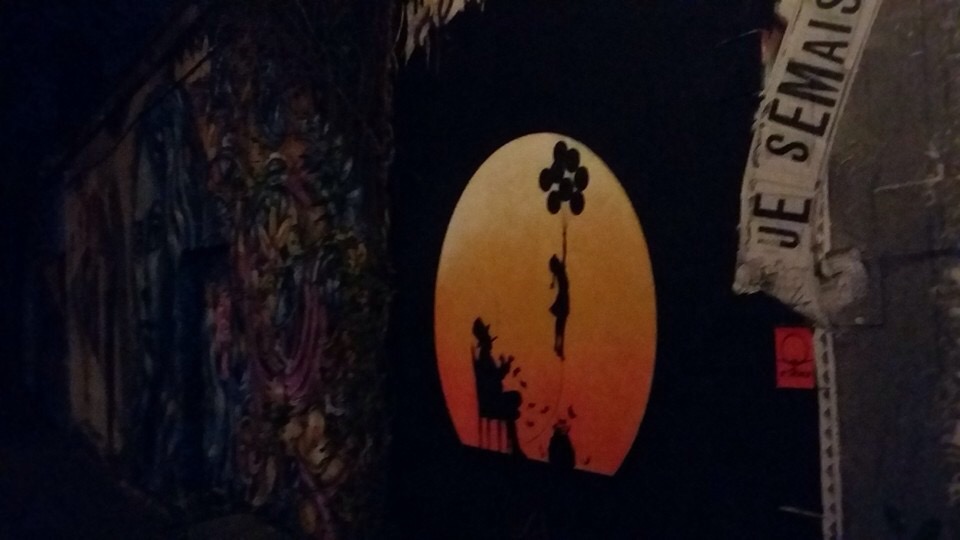 “You are a tourist and you found this place?!”

Uwe sounds surprised that I’ve dared to venture off the beaten track. But does he have a story to tell. He’s from the Dortmund region and works in local Government. His job is varied, but at the moment is concentrated on helping the hundreds of thousands.of refugees fleeing places like Syria and North Africa. It’s a result of Germany’s open door policy in 2015, where virtually nobody was turned away. 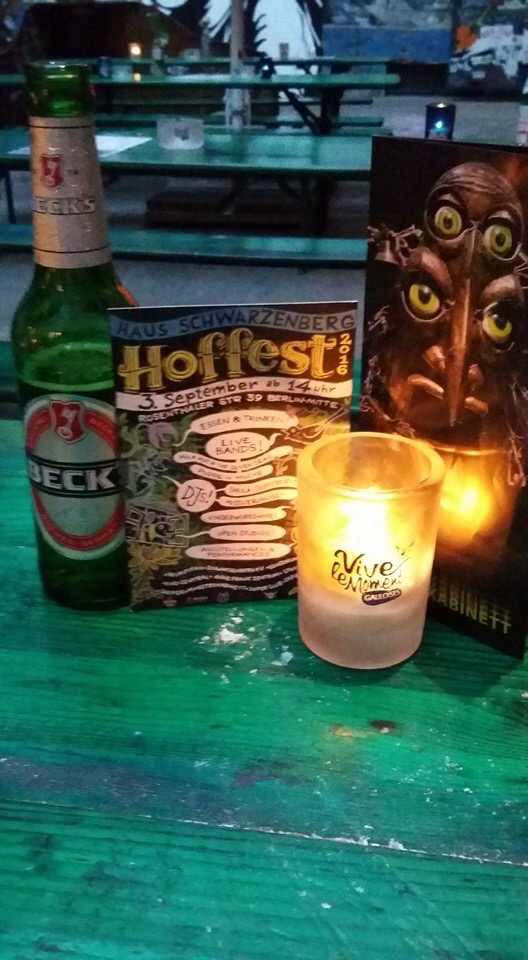 “You would help too,” says Uwe, with a sense of civic pride. Though his commitment to the cause is almost certainly connected to his own family history. Growing up in a divided country, where the Brandenburg Gate lay abandoned in no man’s land. His father worked for six years in Russia – but six weeks after returning home was killed because of a casual joke he made about the Stasi.

I’m touched by Uwe’s story – and his openness. I’m even more impressed that he’s told me all of this in English. And I probably wouldn’t have heard his story at the posh place next door. 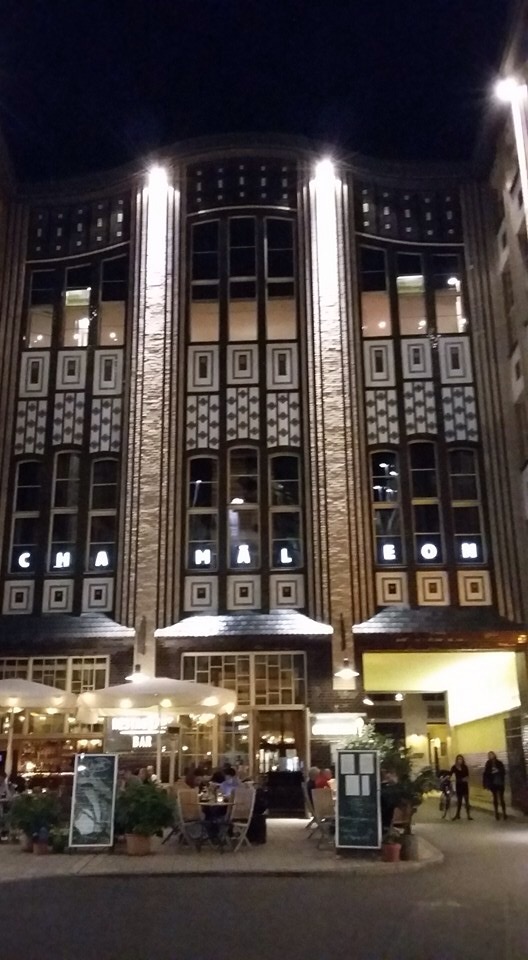