It’s not exactly the kind of welcome I was expecting in Edinburgh. But Ken is convinced we’ve met before. It’s unlikely as we live in completely different cities and work in different trades. Yet somehow he recognises me in the cosy bar of the Jolly Judge, a hidden gem just off the Royal Mile, which has an ope fire and a fascinating ceiling.

For all the weirdness of our introduction, Ken’s not said it in a threatening way, and before too long Ken and Jerry (who really should launch an ice cream brand) are chatting about the relative merits of different pubs and beers. I know virtually nothing about the subject, so follow them to the Bow Bar. 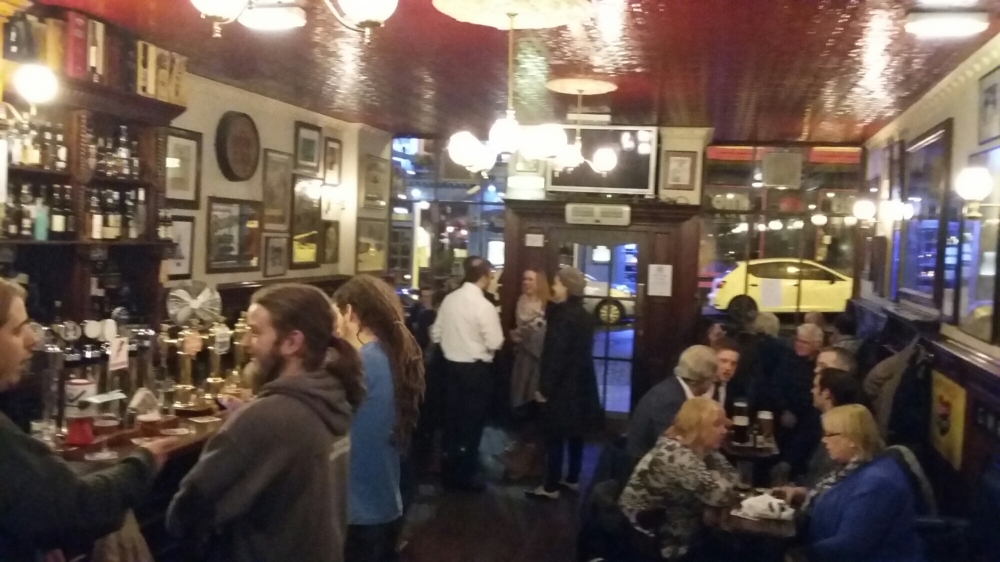 This is one of Edinburgh’s most famous and traditional bars. No music or gimmicks, just good banter.

Walking along the Royal Mile on a cold January evening, the city seems deserted, perhaps hankering after the millions who come during the Festival ssason. But its buildings stand proud, including the impressive St Giles Cathedral.

Not everywhere pays such reverence to the past. Just around the corner is a church which has been turned into a German beer keller. Frankenstein. See what they did there? 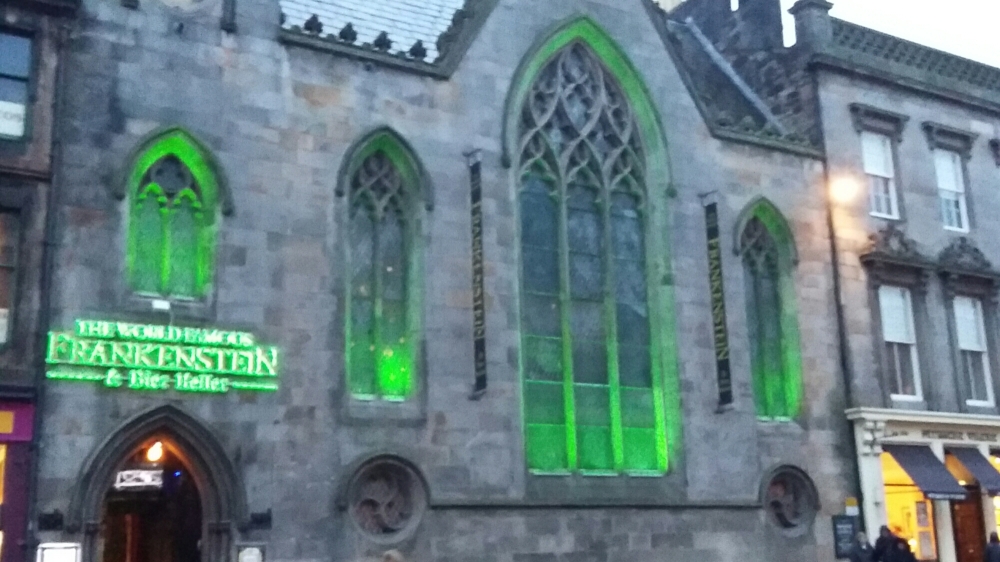 It’s tempting enough, but tonight I’m on a mission to find a traditional Scottish music session. And it doesn’t get much better than Sandie Bell’s on Forrest Road.

It may look modest enough but this place has a worldwide reputation, demonstrated tonight by a father and son from Alaska. Junior works in IT in Reading (of all places), but when the folks visit they head off to somewhere more interesting.

A group of young guys join the party and Rory – who can only be about 20 – sings a song as old as the hills. I ask his friends why they think this kind of music endures, and whether it would die out if it weren’t for places like Sandie’s. The consensus is that folk songs are built into the DNA of Scots. It’s just something that happens, without prompting or trying to sound like Mumford and Sons.

It’s late when I leave Sandie’s,  knowing full well there’ll be a hangover to cope with tomorrow. And I’ve got a Castle to explore. I’m thankful for the rather pleasant view from my room at the Jury’s Inn. 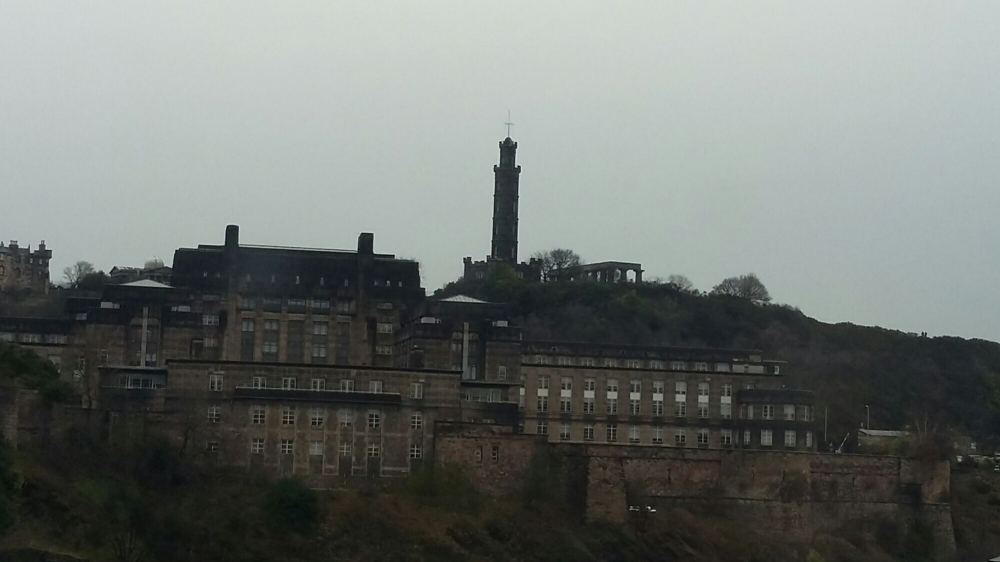