Every so often, commercial radio has a dig at the BBC. In the run up to Charter Renewal (the process by which the Licence Fee is ultimately rubber stamped by Government) it’s become something of a sport to try and expose dear old Auntie as a wicked witch. More often than not, the Corporation is damned if it does and damned if it doesn’t. And this year, the daggers are out. 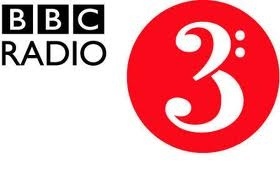 Yes, you read that correctly. At least you did if you believe the Telegraph’s interpretation of Global Radio’s written submission to the Culture Committee on the future role of the BBC.

Global, the owners of Classic FM, have basically accused Radio 3 of – wait for it – being too popular – by changing its programming to more closely resemble that of its populist “rival”. I use the word in the loosest term, since many Radio 3 listeners would baulk at the idea of being put in the same category of that hideous commercial radio lot.

I jest. Just a little, though. It’s hard not to, when you start to look more closely at the way the Telegraph tries to dress this up as some form of complaint or warning that, once again, the BBC are the bad guys.

One the one hand, the paper claims that Global are unhappy that Radio 3 is chasing ratings. Yet the official listening figures show that Classic FM has around 5.3 million listeners every week, whereas Radio 3 has just over two million. Less than half the audience. In the past couple of years, it’s certainly fair to say that Radio 3 has attempted to reach out to new audience with a distinctly populist approach. Whole seasons have been dedicated to the kind of composers that Classic FM churns out daily. But it would be hard to accuse Radio 3 of “apeing” the repetitive “elevator” music broadcast by Classic FM.

Don’t get me wrong here. Classic FM is very good at what it does. Presenters like John Suchet, Alan Titchmarsh and David Mellor are likely to attract healthy audiences. It is what it is. But to describe itself as being in a “market of two” with Radio 3 is a little wide of the mark. Unless I’ve missed Bruno Brookes doing the Baroque Top 40.

In fairness to the Telegraph it did publish a second article today reflecting the response from the Radio 3 controller Roger Wright :

“I just don’t recognise it at all. Apparently we do phone-ins? We don’t. We haven’t had a request show for a long, long time. You do hear one listener voice on the breakfast show suggesting a piece of music — that’s not exactly a phone-in. So it’s complete nonsense.”

I’m sure that didn’t see its parliamentary submission as that. But if you’re going to argue, at least make it credible.

After all, it’s hunting season.