Most of my travel blogs involve places thousands of miles away. Which made me realise, I actually got the travel bug almost on my own doorstep. When I was growing up, the Peak District was accessible thanks to heavily subsidised council bus routes, and concessionary travel which meant that, as a teenager, I could go to every corner of it for a maximum return fare of £2.50.

It was stupidly cheap – as was my other secret weapon, the area’s brilliant network of Youth Hostels. For less than £10 a night you could stay in one of three historic halls (Castleton, Hartington and Ilam), several manor houses (like Ravenstor) or a hut in the woods. But once I’d discovered this place, I never wanted to leave.

This is the view from Curbar Edge, just to the north of Chatsworth House. In the valley below, the River Derwent makes its journey south towards Matlock (somewhere to the left) and the Ladybower Reservoir north (to the right). It’s been a little misty today, but that doesn’t make the landscape any less spectacular.

The jagged rocks here are gritstone, and mark the boundary towards the Dark Peak and the White Peak, which is characterised by limestone. On a warm day, the Eastern Edges are full of walkers – but the area is so vast, you can always find a rock to call your own.

Much of the Peak District’s economy relies on tourism. So it’s a bit strange – and a little disappointing – to see a big sign in Castleton’s tourist information centre saying “WE REGRET WE ARE UNABLE TO GIVE CHANGE FOR THE CAR PARK.” Why is is? It strikes me as typically British to herd the masses towards an attractive location, only to make it nigh on impossible for them to easily stop there without pratting about trying to find the correct change. It may well be because the car park is run by the District Council, whilst the visitor centre is run by the National Park Authority. Petty politics getting in the way of a good day out.

But Castleton is so pretty, and the smell of fish and chips is so tempting, that I forgive this misdemeanour. In any case, the car park was full so I definitely didn’t find a side street on a housing estate. And nor should you do the same. Actually, many driveways seem to have a supply of faux “no parking” cones, in readiness for the weekends. Clearly nobody who lives here cares about the local economy either. How about some enterprise? Rent out your vast driveways.

And so to Tideswell, known as the Cathedral of the Peak because of its substantial church. 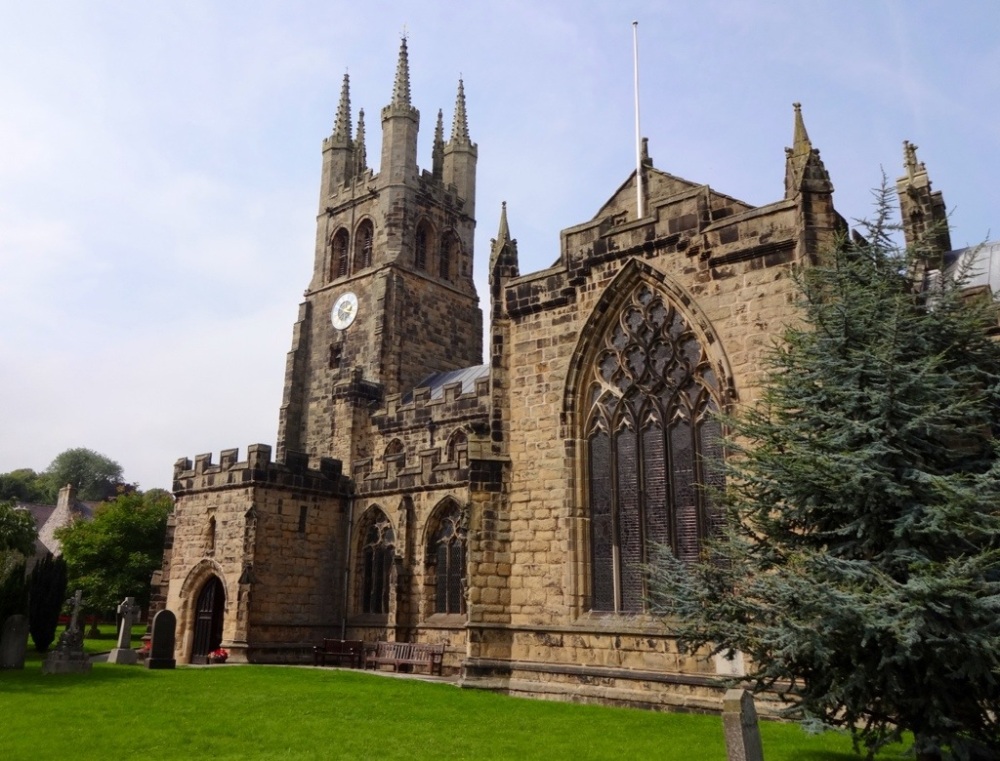 The whole village oozes prettiness. And no pettiness when it comes to parking either. You can PARK ON THE STREET FOR FREE. That’s the way to do it – and to persuade me to spend a few quid in the village shop. “Browsers are welcome” reads the sign, giving way to a table offering free home made biscuits and pork pies. What’s not to like?

And on a nice afternoon, there’s always time for a short diversion to Monsal Head.

The old railway viaduct now forms part of the Monsal Trail – accommodating walkers and cyclists. Personally I’d recommend a midweek visit. If the weather is good, it’ll still be crowded. But weekends up here are just bonkers.

So there you are – my back garden when I was growing up. Enjoy it yourself sometime. Just don’t allow your cat to shit on it.