Most people don’t know this, but I was almost an advertising executive.

Back in 1990 the Dorset Institute of Higher Education was offering a course called BA Creative Advertising. Unfortunately the academic board of the day deemed the course, well, not very academic. So they cancelled it. After giving me and several other applicants an unconditional offer.

The rest is history. But I still remember an old acronym from the one book I read about copy writing. AIDA – the principles of Attention, Interest, Desire and Action. Another principle was parody – which is probably what the folks at Green Flag were thinking when they launched this advert at the start of this year.

Having absolutely no finger on the modern advertising pulse, I’ve only just seen it. 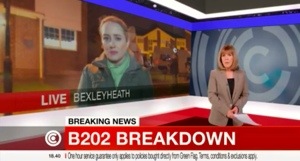 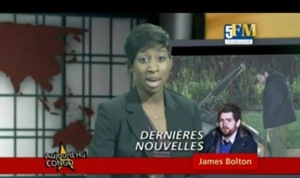 It’s a simple enough proposition – our hero, who’s broken down, needs to get home to read his kid a bedtime story.

Aww, we’ll that’s got my attention and interest. Having realised that this is actually not a real news bulletin, I might even have a desire to find out more.

So it’s a great advert, right?

But who’s it for? What do I associate with Green Flag? The one thing that stands out from the company’s branding that sets it apart from other breakdown services. They have a flag. It’s green.

So let’s use any other colour for 95% of the commercial.

Come on, guys. It’s already in your face. Every Fake News Bulletin In An Advert uses the same blue/red colour scheme. Russia Today won’t sue you for using green.

Of course, I’ve remembered this commercial enough to write a blog about it. So it’s a case of job done for the agency.

I probably chose the right career after all….