Last night I was called a “jumped up fanatic union socialist” in an online message. I suppose I should be flattered. But context is everything, and I think its only fair that I should clarify.

I well remember the time I attended a student union conference in the late 1980s and decided to sit in on a Young Conservative fringe meeting. There were surprisingly quite a few of them, all trying to make various glowing points about the then PM Margaret Thatcher. In the midst of a debate fuelled by passion, booze and Clearasil, I casually looked up from my notebook and asked : “Can I quote you on that?”

The young Tory almost exploded with rage, immediately asking : “Who are you?! One of those Socialist Workers?”. I put him right. “Oh no – much worse than that. I’m a student journalist.”

So perhaps I shouldn’t be surprised that more than 25 years on, I’m challenged in a similar way – by a journalism graduate – in a Facebook debate over this week’s most notorious pop song. 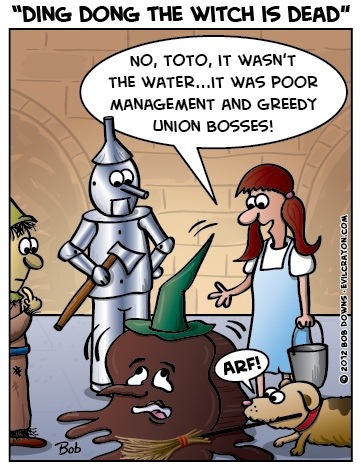 As I write, the Radio One controller Ben Cooper has announced that the full version of Ding Dong The Witch Is Dead will not be played on this Sunday’s chart show – despite strong indications that it could reach number one. It’s been fuelled by an online campaign after the death of Lady Thatcher.

Early copies of the Daily Mail were quick to label the furore as being typical of the nasty BBC – prepared to “insult” Mrs T and her family before she’s even buried. And it was that which riled my rival on Facebook last night.

To save his blushes, I won’t name him. But what started out as an innocent discussion (by another student journalist, as it happens) quickly turned into exactly the kind of anti-BBC tirade that the Mail relishes. One colleague was told to “f-off”, and elsewhere a comment read “I suppose you and NewsMutt will be of strike on the day of her funeral anyway.” I took absolutely no pleasure in correcting him on this – Mrs Thatcher’s legacy ultimately means that unions must give seven days notice of a strike.

But back to the debate in hand. This is yet another case of damned if they do and damned if they don’t. Even by playing a short clip of the song, the BBC risks being dragged into a controversy which is ultimately not of its own making. The Radio One Controller, Ben Cooper said:

“It is a compromise and it is a difficult compromise to come to. You have very difficult and emotional arguments on both sides of the fence. Let’s not forget you also have a family that is grieving for a loved one who is yet to be buried.”

And whilst attention is once again focussed on the BBC, let’s not forget that the wholly privatised commercial radio sector also faces a tough decision. Perhaps moreso, as the Big Top 40 show is not only based on static sales – but downloads right up until 6pm on Sunday evening. Yes, it’s the chart you can shape. Yet curiously – because it’s a private enterprise of the sort that Lady Thatcher rather liked – nobody is jumping up an down demanding that the sector does the right or wrong thing.

At least on this occasion the BBC has reached a compromise before the event itself. In the face of demands to airbrush history, it seems that the Auntie is not for turning.