Regular readers of the blog will know I’m a pretty organised person. It’s as much of an advantage as it is a weakness. I like routine, even when doing non routine things.

And it’s perhaps most apparent in how I plan for a trip. I like to think that I get to visit places that are a little bit off the tourist track. Only the other evening I was watching Michael Palin, attempting to travel down the crew of an Indian dhow twenty years after his epic Around The World In 80 Days. That’s the kind of tourist I’d like to be.

So I’m returning to the United States to try to recapture some of the magic I encountered there two years ago. And yet, technology has developed at such a pace – and I’m such a sucker for gadgets – that I wonder just how spontaneous I can be. You see, my problem is, I’ve developed an addiction. I can’t put down the tablets 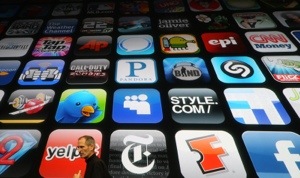 Two years ago, I was relying on my notebook computer to keep me in touch with stuff. Researching a bar or a restaurant usually involved heading back to my hotel room, keeping a close eye on how many hours of paid wifi I had left. My mobile phone – at least to me – seemed fairly modern by 2011 standards. Then a friend looked at it and asked : “Which museum did you buy that from?”

In New York, I was sorely tempted to by an iPad – the price in US Dollars seemed too good to be true. But I resisted the urge, even in the tempting surroundings of the Apple Store on Fifth Avenue. 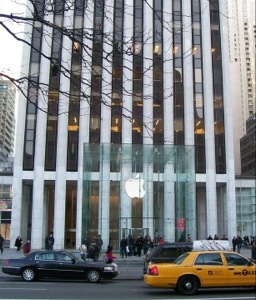 Two years later, I’m on my second tablet computer. Smaller than the preceding one, yet still as powerful. And I’ve finally traded in the keypad mobile for a smart phone.

I reckon this could go one of two ways. Rely on the technology for everything and my holiday timetable will be more precise and planned than ever before. I could tell you almost to the minute what I’ll be doing and when. But I’m determined to use these gadgets to help me explore even more offbeat locations. The locals might argue that the best bars aren’t listed on Google, but my view is that a web presence is essential these days to bring any realistic new trade in.

Michael Palin’s earliest adventures might have looked very different if tablets had been around 25 years ago. But for my money, it’s no more than a glorified map and compass, combined with a local guidebook for almost anywhere on the planet – and a place to record memories forever.

First stop, that there London.