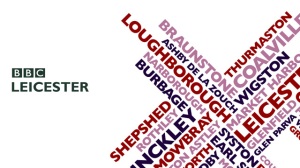 We all like to know how our taxes are spent. But getting the details isn’t always straightforwad. Thank goodness, then, for BBC Radio Leicester, which yesterday revealed the cost of policing a march by the English Defence League.

The journalism behind this story wasn’t rocket science. The story came from a simple Freedom of Information request; a common tactic used to very good effect by the media. Nevertheless, the £850,000 bill was of real interest and the story was clearly in the public interest. Local accountability at its best.

The story also counters comments made at the weekend by media expert Charlie Beckett that Local Radio largely gets its stories from local newspapers. This misleading and misguided rant was given airtime on the Today programme, with presenter Evan Davies barely questioning the claim.

It’s rightly caused consternation among journalists throughout BBC Local Radio, who’ve been asking why Mr Beckett was allowed to get away with such claims. My understanding is that heads at the very top of the BBC rolled after this interview, and Evan Davies was subsequently given a dressing down that might have come straight out of Dragon’s Den itself.

It’s no secret that there’s a sense of rivalry between Local Radio and local newspapers. Journalists like nothing more than getting a scoop over the competition. And sometimes it gets nasty. I’ve known of editors from both sides of the fence filing complaints and claiming foul play.

That wasn’t the case yesterday in the Leicester Mercury was too busy playing catch up with a story that most of the papers reported five days previously.

The former Guardian editor Peter Preston ponders over just how much the BBC can or should be expected to provide. His column certainly provides food for thought. And it’s a very good reminder that public pressure can make a real difference to what the Corporation does.

But before you hit the send button on your email to the BBC Trust, just think about how much your local radio station really does provide.